Brad was fired from his job a few months ago because he was caught by the police with a controlled substance—a small amount of marijuana. Brad alleges that his former employer has used this incident in his favor, by refusing to pay Brad his final two weeks of pay, which could be a violation of the California labor law. 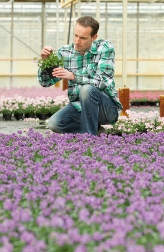 “I’m not going to pay you,” were the only words uttered by his former boss when Brad (not his real name) asked for his two weeks pay, and vacation pay. Brad says he is owed $1,200 for 83 hours work plus 72 hours vacation time.

“He won’t give me a reason and he won’t return my calls,” says Brad. “I have asked for a pay stub to reflect my hours— the 83 hours I worked over the final two weeks, but he won’t even do that.”

Brad was paid hourly at an interior house plant design company, where he installed and set-up house plants at residential and commercial properties. He worked there for 10 years.

“I know that I was fired because I was arrested for pot,” Brad explains. “In the state of California you can get arrested for the smallest amount. I was charged and spent two weeks in jail. I wasn’t even smoking it—someone just smelled it on me and called the police. Of course my employer knew about it from other employees.”

However, Brad, age 42, was on his employer’s premises when he got busted—and that is why Brad likely needs an attorney.

“When I got out of jail I immediately contacted my employer,” Brad says. “He wouldn’t return my call or even see me. Then I called the local police department and asked for an escort to retrieve my personal belongings from work. At that point I didn’t know if I was fired or suspended or what was going on.

“My escort and I went into the building. He still wouldn’t even acknowledge that I was there. I got my personal stuff and tried to call him again, to get the money owed to me; still no response, nothing verbal or in writing regarding my status of employment. I am sure that withholding pay is a violation of the California labor code. And he must know that too.

"I called the California labor board and have an appointment next week to meet with someone from the board and my former employer. That’s a good sign, but I am still in the process of finding an attorney. I have never had to go through anything like this so I feel that any additional help would be beneficial to me, simply because I don’t know what to expect or what I am getting into. I am sure my former employer will be bringing an attorney.

"My former employer is the kind of guy who thinks he can do whatever he wants. He acts like he is above reproach and above the law. He treats customers and employees like everyone is beneath him—I have known this guy for 10 years so I’m not making this up—this is what I am up against.

More CALIFORNIA LABOR LAW News
"Getting busted for pot also affected my unemployment. I was unable to collect unemployment insurance, even though I was fired. Luckily I did find another job so I was only out of work for about 40 days. I am now working at a grocery store, sorting and stocking produce. And I won’t have a criminal record but I have to attend a narcotics anonymous program. As soon as I complete the program successfully, this issue is wiped off my record.

"The California labor board told me to bring in any documents that will help my case, including evidence of working those last two weeks and my vacation time. When you are terminated in the state of California, you are also entitled to vacation pay. I have previous pay stubs showing that I was getting vacation time and not getting paid under the table. He didn’t put on the pay stub accruement of vacation time, just time that was taken.

"I don’t have testimony from my former co-workers or customers that I worked those last two weeks but I intend to get documentation and statements from them beforehand. If I get an attorney, I am sure they will advise me of any further documentation I need to ensure I get my rightful pay.”

Posted by
david
on August 12, 2012
On September 30, 2010, California Gov. Arnold Schwarzenegger signed into law S.B. 1449, a bill that decriminalizes the possession of up to one ounce of marijuana. The bill reduces simple possession from a misdemeanor to an infraction. This would eliminate the need to appear in front of a court and would treat possession of less than 28.5 grams like a traffic ticket, punishable by $100.[13]