Preeti Dave never got paid for the six months she moonlighted as an independent contractor.

"I want to let others know what I learned from this: be careful when you are promised a lot; read the contract and remember that you don't have the department of labor to protect you," she says. "I was so naïve". 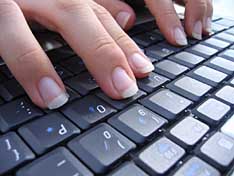 "I found a job posting on Craig's List looking for software engineers to work from home. I met the owner of the company and he seemed very professional and amiable so I signed a contract and he gave me a copy. I worked evenings and weekends and logged over 600 hours, from August 2005 to February 2006. I worked with six other engineers, all working from their homes like me. We started programming and exchanged emails with each other about the work. And I also emailed my boss about when we would get paid.

He said that he would pay us in stock options - he gave me a document that said I would get one percent of the company, about 200,000 stocks at that time. I agreed, mainly because I thought my co-workers were doing the same; I thought they trusted this guy. In reality, they were all thinking the same as me! At the end of six months I confronted the boss and he said that I wasn't getting anything."

If a contract looks too good to be true, chances are it is.

"I was shocked because he acted very professionally all along. First, I tried to contact him about paying me weekends and nights. No reply. Then I told him I would ask co-workers what they were getting and he told me I couldn't ask them - it was against the law. When I found out that it wasn't against the law, I talked to Adam, one of my co-workers who had worked more than a year at this job. He sent me an email saying this guy took us for a ride, but Adam just let it go. He said it was because it was too much work for an independent contractor to prove, especially when you work at home, but it was possible to take the case to court.

Next up, I went on the internet and filed a complaint with LawyersandSettlements.com. A lawyer contacted me and wanted to know if I had any proof. Yes, lots. My situation is now looking better: the law firm is optimistic in taking my case but the company is registered in Louisiana so it is going to take some time. But I do have a case. I hope this guy will be stopped especially because others are falling for it.

Before I started the job with him, I worked in a similar situation for another person who paid me immediately after I finished my project, but after this experience I realize that he could also have gotten away with non-payment. Thank goodness not everyone is a crook but this guy knew all along that he wasn't going to pay us.

After this ordeal, I certainly know more about the California labor law. One thing it has taught me: Unless I am paid up front, I won't work. "

Independent Contractors, be aware that companies generally hire independant contractors to avoid employer obligations under many state and federal laws.

Posted by
Ricardo
on February 15, 2017
Hi my name is ricardo i just want to know wat could i do because I work for a
Construction company for 1year and i get pay cash but our company send everyone the tax for 1099 and they put alot more $$ that we made and know we all have to pay because they put the 1099 form wat could we do about that
Posted by
Claudia
on December 30, 2016
Trabajo en una compañia por 3 años y en el primer año mi jefa y jefe inmediato estubieron ocosandome el sexual verbal y ella laborar aciendo errores ella echandome la culpa ami petsona lebantando falsos a mi petsona lo reportete al sipevisor y no hido sada me fue con e recursos humano y me dijeton que solo etan alagos a mi persona,piropos a los 2 meces como no le respondia yo al hombre me llevaron a la oficina para culparme por estar entrenando personal sin su atorisacion. Y un grupo de 3 personas fueton conmigo a la oficina para desmentirlos y lo que hiso recursos humanos fue cambiarme a mi de turno ahora hace 2 meces aproximado nuevamente esta mujer es mi jefa y renauro su ostigaciòn sobre mi persona y calumnia me marde a lonche me deja sin mi segundo descanso y muchas cosas mad me siento observada todo el día me duele la cabesa estres gritos de la mujer que debo hacer?
Posted by
gabriela zarco
on July 3, 2016
Hola..yo trabajaba repartiendo periodico mi jefe me pagaba con cheque personal a su nombre me dio mis taxes pero yo dolo gane$731 y el me dio la hoja de los taxes con $17.458le e pedido x más de 1año que me haga una corrección y solo dice k ya la iso pero a mi no me llega ni un comprobante k el ya aya hecho una corrección en mis taxes mis taxes son del 2014 y quisiera saber que puedo aser por que el no quiere areglar el problema..
Posted by
Arlette L.
on April 7, 2016
Hola yo trabajo para Una companies De limpieza entro a las 3am y salvo 7:00 7 dias a la semana.pero mi antiguo jefe Mr pagaba end cash y el nuevo jefe me pide questions mande hacer in seguro falso y se lo entregue (yo no tengo seguro) y yo no me siento segura con esto que puedo hace. End in principio el dijo led voy a pagar en efectivo y despues llenen LA aplicacion y traigan Los seguros para poder pagarles.pero el nos quiere seguir pagando end efectivo entonces para questions quiere un seguro. Ayudenme y gracias Como podria no mandar hacer in seguro falso y questions far con mi Trabajo gracias
Posted by
casey mahoney
on April 20, 2013
Independent contractors working from home in California for an out of state Company if terminated how long does the employer have to pay on the wages due. Prior to being hired they offer $10 per hour with a bonus incentive above the base hourly. When hired you given a website to start training and a start date is given. On your start date your told you would not be paid hourly until you set up 5 Leads for which you are paid $10 for each lead. Then you go to the $10 per hour having to work 20 hours minimum per week. I had put in approx. 15+ hours training reviewing the materials on the web and setting up my computer for the requirements needed to start. The conference meeting for your first day you start working was not paid. It took approx. 20+ hours until getting the 5 leads to go to the hourly of $10 per hour. They had an automated dialer you log into the records the time you are logged into their system. Calls are made outbound every 20 to 50 seconds and your pay is based on the time logged into that system. No paid compensation for calling back potential Leads, time spent doing misc. work related activities, time spent with company conference calls or going over email updates from the company or responding to them. After about 2 1/2 weeks of putting well over 40+ hours at my work station my total compensation is approx. $130+ which includes the 5 leads set up at $10 each prior to going hourly. No compensation for any time spent for reviewing or training while not logged into the dialer. After pointing out that even though I had been at my work station for up to 6 or more hours per day that the time logged into the dialer was recorded only about the 1/2 the time actually spent at my work station. I was finally deactivated (terminated) approx the 18th of April after starting the 1st week of April only compensation to be paid is $50 for the first 5 leads and approx. another $80+ for the hourly I had worked from the 1st of April until Terminated of which I still have not been paid. What is the time they have until paying my last and only pay check?
Posted by
Richard
on August 13, 2012
I worked for a guy for 4 yrs ans a 1099 employee. He wrote me checks that are sill debated and I as him to rewrite them he refuse to. What rights do I have as a indepented contractor.

The contract work was my primary work. The relationship was long term 4 years. I had a company title of the company we raise money for, the money was raise for one company than that company paid my ex boss company than he paid us. And yes I had business card .

Posted by
Ron Johnson
on November 15, 2010
For the past 8 months I have worked for employer at a rate of $5000 per month, it is project work and I knew it would be tempory. we both agreed on the rate, there was no mention of independant contract work nor employment. The rate and final accomplishment were the only things. I completed the work and was paid $2500.00 twice a month, I do not have a business license and this is the first time I have done work that I knew would be tempory. Now that it is finished I
am not employed. I'm not sure is this would be considered employment or independant contractor. No tax withholdings were taken. Will I be able to make an unemployment claim?