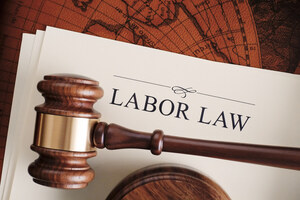 Former In-N-Out butcher Luis Becerra filed a Private Attorney General Act (PAGA) complaint and a report with the L.A. Public Health Department. He also informed other butchers of their right to report workplace safety concerns adding in the PAGA complaint that other hourly employees are similarly aggrieved. The PAGA lawsuit enables employees to bring lawsuits over labor violations to recover civil penalties for themselves, other employees and the state. According to the National Law Review, Becarra accuses the chain of the following:


According to the lawsuit, In-N-Out failed to enforce COVID-19 safety measures, including social distancing and requiring employees to wear personal protective equipment (PPE). In his report to the L.A. Public Health Department, Becerra claims the meat department was full of sick employees, many of whom exhibited COVID-19 symptoms, but In-N-Out did not place them on medical leave. Further, his lawsuit states that Becerra complained to the local public health department when the pandemic hit. An inspection was carried out and during that time Becarra encouraged co-workers to file their own health complaints.


Included in his complaint, Becarra was written up for absences in December 2018, despite providing a doctor's note saying he had to take time off due to pneumonia. In 2019 In-N-Out marked him absent after a supervisor had given him permission to switch work days to attend his daughter's school event. That same year, Becerra said he reported to management that a supervisor (same supervisor?) had sexually harassed his girlfriend. Becerra was written up again, this time for "not listening to his manager" and offering to buy him event tickets "as long as he kept quiet about the incident," he said.

More CALIFORNIA LABOR LAW News
In-N-Out Burger portrays Becarra rather as a trouble-maker. In its defense, the fast food chain says the butcher was fired because  he provided false documentation about an absence and exhausted his sick leave. (Law360 reports that Becarra and similarly aggrieved employees were terminated for attempting to use sick leave.) In May 2020, after he missed work due to asthma, Becerra apparently forged a medical note. "At In-N-Out Burger, we have always cared for our associates as if they are our own family and we are disappointed with the baseless and false claims that Mr. Becerra has made in his lawsuit,” said Arnie Wensinger, chief legal and business officer for In-N-Out, in a statement to Law360.