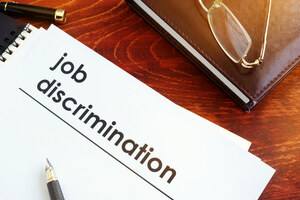 The allegations come against a background of California gender-based pay discrimination lawsuits against tech giants. These include at least one class action lawsuit against Hewlett Packard Enterprise based on allegations strikingly similar to those leveled in the recently resolved federal complaint.


The OFCCP agreement includes back pay and interest for the affected workers, as well as a promise by HP to “conduct compensation self-analyses, and take steps to ensure its personnel practices – including record-keeping and internal auditing procedures – meet legal requirements.” The agreement relates specifically to alleged violations of Section 503 of the Rehabilitation Act of 1973  and the Vietnam Era Veterans’ Readjustment Assistance Act of 1974.

These laws make it illegal for contractors and subcontractors doing business with the federal government to discriminate in employment because of race, color, religion, sex, sexual orientation, gender identity, national origin, disability or status as a protected veteran. In addition, contractors and subcontractors are prohibited from discriminating against applicants or employees because they have inquired about, discussed or disclosed their compensation or the compensation of others subject to certain limitations, and may not retaliate against applicants or employees for engaging in protected activities. These laws also require that federal contractors provide equal employment opportunity through affirmative action.

Big tech companies, including HP, IBM, and Microsoft, have deep ties with the U.S. Department of Defense, among other federal contracting and subcontracting arrangements. Federal laws intended to protect workers on those contracts can thus be an effective way to enforce gender wage equity for them. For California employees who work entirely in and for private sector employers, however, the California Equal Pay Act and other provisions of California labor law may provide a more effective remedy.


The California Equal Pay Act, contained in California Labor Code 1197.5 and California Labor Code 432.3 prohibits an employer from paying any of its employees at wage rates that are less than what it pays employees of the opposite sex, or of another race, or of another ethnicity for substantially similar work, when viewed as a composite of skill, effort, and responsibility, and performed under similar working conditions. An employer may not base a wage differential on sex or any other protected class. Instead, the employer must show valid and legal grounds for the difference, including merit, seniority, quality of production or a bona fide factor such as training, education or experience.

In addition, the law also bans “wage secrecy” policies. An employer may not prohibit employees from asking or talking about coworkers’ wages. Further, and particularly important to women who may have endured a long history of wage discrimination, the Equal Pay Act prohibits employers from using only an employee’s previous salary to justify a disparity in compensation. It thus limits the use of seniority or merit systems in determining wage increases. It does not, however, prevent a prospective employer from asking an applicant about his or her previous salary.


The 2018 class action lawsuit, Ross v. Hewlett Packard Enterprise, offers a tidy illustration of how California labor law might be applied to a situation similar to that now resolved through the recent OFCCP agreement. In that lawsuit, female employees alleged that HP’s common, companywide policies and practices although facially uniform, did not result in equal pay for women and men who performed jobs that required equal skill, effort and responsibility and were performed under similar working conditions.

More than one way to skin a cat


What California tech workers need to take away from the latest OFCCP settlement and other wage discrimination lawsuits, is that they may have a variety of potential remedies, depending on the individual facts of the situation. In some, California labor law is the best alternative; in others federal laws are the better option. In any event, there are likely solutions to the persistent problem of wage discrimination.