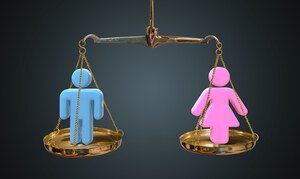 The complaint asserts that HP Enterprise has standardized and centralized pay practices that apply to all employees, but the facially uniform policies end up paying women less because the company considers each new hire's prior compensation to set their pay. Plaintiffs Ross and Rogus said such practices widened the gender pay gap because they are based on a percentage of an employee's existing salary and women are also promoted less frequently than male colleagues.

Rocio Ross and Claudia Rogus, former employees of HP Enterprise Co (HP Enterprise was formed in November 2015 when Hewlett-Packard split into two companies) said in a motion for preliminary approval filed at the end of September that the settlement represents about 62% of the potential damages at issue in the case, and reported by Law360. According to the motion, the agreement was reached after two days of mediation early this year and several months of negotiations.

The motion states: "This settlement sheds light on gender-based pay disparities, challenging tech companies to review their pay policies and implement pay equity protections…It would cost settlement class members a significant amount to litigate an individual case as compared to the likely recovery, but as a result of this settlement, the settlement class members would be provided relief and spared the expense and adversity required by nearly 2,000 individual disputes."


The settlement amount includes a $400,000 dispute fund from which current and former HP Enterprise employees can seek to supplement their individual payments if they present evidence of individual circumstances that warrant more money, reports Law360. The motion says there are approximately 1,735 members of the proposed settlement class, which includes any woman working at HP Enterprise in California starting November 2015. Ross and Rogus estimated that each woman will receive between $500 and $17,000, based on her pro rata share of the settlement amount.

More CALIFORNIA LABOR LAW News
This isn’t HP Enterprise’s first gender-discrimination settlement. In October 2020 HP and Hewlett Packard Enterprise “together will pay $1.45 million after the U.S. Department of Labor accused them of “systemic pay discrimination” affecting female employees,” reported Mercury News  And in two similar settlements, Google agreed to pay in June 2020 $118 million to resolve a class action brought on behalf of about 15,500 California-based women who alleged they were underpaid by the tech giant. And a California judge one month later signed off on a $100 million deal to resolve gender discrimination claims by female Riot Games workers.
READ ABOUT CALIFORNIA LABOR LAW LAWSUITS

Posted by
iHerb Code
on October 18, 2022
This topic is simply matchless :), it is very interesting to me.