Former Halliburton employee who filed a proposed California labor class action lawsuit alleging wage violations in 2016 says they are working on an agreement to settle.

A former truck driver for Halliburton Energy Services on October 3 told a California Federal Court that they are working on an agreement to settle a lawsuit claiming California labor law violations. The settlement notice said the court will be asked to voluntarily dismiss plaintiff Luis Guerrero’s allegations against one of the world's largest oil field service companies. 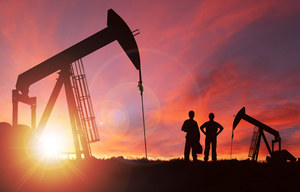 
Guerrero filed his California labor lawsuit as a proposed class action, but Halliburton said he had signed a class action waiver, which cover his claims by arbitration agreements. Guerrero countered by claiming the waiver was invalid, but Judge O’Neill cited the Epic Systems Corp. v. Lewis case. (This case was decided by the Supreme Court of the United States on how two federal laws, the National Labor Relations Act and the Federal Arbitration Act relate to whether employment contracts can legally bar employees from collective arbitration. The court ruled in May 2018 that arbitration agreements requiring individual arbitration are enforceable under the FAA, regardless of allowances set out within the NLRA.)

In July 2018 Halliburton was granted its bid to compel Guerrero to individually arbitrate his claims.

Guerrero first filed his wage violations lawsuit in state court, and it was moved in September 2016 to federal court. In February 2017 Guerrero filed a second amended complaint after Judge O’Neill agreed to trim his lawsuit.

Guerrero’s complaint alleges that he worked as a nonexempt truck driver and industrial worker and performed other similar jobs for Halliburton, but was not properly compensated for overtime pay and meal breaks in violation of California labor law; he was denied breaks at least four times; and that Halliburton had a policy of clocking out workers for 30-minute meal breaks even though they would work during those periods.

Further, Guerrero claims that workers weren’t given all their earned wages in a timely fashion when they were terminated or quit working for Halliburton; and that the company’s violations of the Unfair Competition Law — a statute designed to protect against unfair businesses practices — meant he was entitled to relief, including restitution or disgorgement of wages.

Responding to Halliburton’s dismissal bid, Guerrero noted that the dismissal motion filed was almost identical to that filed in every case with similar claims that Guerrero listed in his first amended complaint.

Regarding plaintiff’s claims, Halliburton says that:

• his hours were regulated by the U.S. Department of Transportation and this makes him exempt from overtime eligibility.
• he failed to provide factual support for claims that the company denied him legally compliant meal and rest periods
• his various claims were riddled with substantive defects that left too many questions
• he failed to satisfy the requirements of Rule 9 in claims that the company failed to pay wages at the time of his termination.

More CALIFORNIA LABOR LAW News
This wage violation case isn’t the first for Halliburton. In September, 2015 over 1,000 workers were told they would get checks totaling $18.3 million in back wages after a federal inquiry found that Halliburton had misclassified them.