Google will resolve a California gender discrimination class action lawsuit for $118 million brought on behalf of over 15,000 women alleging they were underpaid.

A pay equity California labor class action lawsuit filed in 2017 accusingCalifornia Google of underpaying women has been resolved: the tech giant will settle for $118 million, which involves over 15,000 women employed in California. 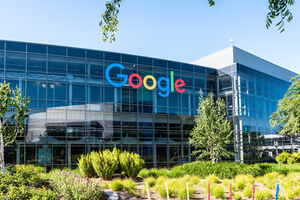 The Ellis v. Google LLC complaint was initially filed by three female and former employees (a fourth plaintiff later joined) in California Superior Court in San Francisco. They argued that Google knew or should have known about the pay disparity between men and women at the company, but failed to take action to rectify it. The plaintiffs accused Google of underpaying women by placing them in lower-job levels than male counterparts. They also accused the tech giant of denying promotions or transitions to other teams for better career advancement.

The laws firms representing the plaintiffs said the settlement covers around 15,500 female employees in 236 job titles who worked at Google in California since September 14, 2013, reported the New York Times.

Part of the settlement includes an independent third party expert to analyze Google's leveling-at-hire practices, and an independent labor economist to review the company's pay equity studies. Over the next three years, an external monitor will supervise the post-settlement work to make sure there is no further discrimination:  An independent industrial-organizational psychologist will probe Google’s practices for assigning job levels at hiring, and a third-party labor economist will review the firm’s internal pay-equity studies “and make recommendations on that process to the extent there are opportunities to more accurately analyze whether employees are paid equitably for comparable work, including with respect to gender equity.”

Holly Pease, a plaintiff and fomer Google manager, said that, “As a woman who’s spent her entire career in the tech industry, I’m optimistic that the actions Google has agreed to take as part of this settlement will ensure more equity for women.” One lawyer for the women told the NYT in 2017 that, “While Google has been an industry-leading tech innovator, its treatment of female employees has not entered the 21st century... This case seeks to ensure fairness for women at Google.”

More CALIFORNIA LABOR LAW News
A Google spokesperson said the company is “absolutely committed to paying, hiring and leveling all employees fairly and equally,” and has used a “rigorous pay equity analysis” for the past nine years to ensure salaries, bonus and equity awards are fair. “While we strongly believe in the equity of our policies and practices, after nearly five years of litigation, both sides agreed that resolution of the matter, without any admission or findings, was in the best interest of everyone,” the spokesperson said in a statement. “We’re very pleased to reach this agreement.”

The settlement of $118 million is a drop in the bucket for Google, which is now valued at $1.4 trillion. As part of the settlement the tech giant admitted no wrongdoing.