A Los Angeles commercial glass manufacturer has agreed to pay $1.3 million to resolve a class action California unpaid wages lawsuit brought on behalf of workers who claim they were shorted on overtime and meal and rest breaks between 2012 and 2018. Most of the more than 1,000 current and former employees affected will pocket about $800, although some will collect as much as $2,400. 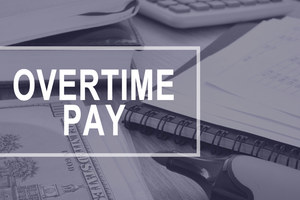 Fajardo v. Glasswerks, L.A. Inc. was settled through private mediation and neither counsel for the plaintiffs nor counsel for the defendants has offered comment, so the details are sparse. Nonetheless, it is clear that California courts continue to lead the way in protecting employees’ rights to their legally protected pay.

Who is entitled to overtime or meal and rest breaks in California?


In California, the general rule is that nonexempt employees are entitled to overtime if they work more than eight hours in any workday or 40 hours in any workweek. Nonexempt workers are entitled to a 30-minute uninterrupted, duty-free meal break if they work more than 5 hours in a workday and a 10-minute uninterrupted, duty-free rest break for every 4 hours worked or major fraction of that period.

These seem like simple enough rules – more matters of simple addition than anything else. The complications, however, come from determining who is covered by the protective provisions of the law and which hours must be counted.

Workers who are not employees, like independent contractors, are not covered by wage and hours laws. Presumably, they are better able to negotiate the price of the goods and services they sell. Neither are managerial employees (who in a strange turn of double-speak are termed “exempt,” even though it is the actually employers who are exempt from the requirement of paying overtime.)


Recent developments in California law have made it clear that workers are presumed to be employees unless employers can demonstrate otherwise, using a three-part ”ABC” test. In order to show that a worker is an independent contractor, and thus not covered by wage and hour protections, an employer must demonstrate that:

This is more generous toward workers than the federal standard: it effectively makes almost every worker an employee. Employers and employer groups, especially those who do business nationwide, have struggled to find ways to limit the application of the rule.


The second large group of workers who are not protected by wage and hours laws are “exempt,” or more colloquially, managerial-level employees. They, historically, have a greater stake in the success of the business and, much like independent contractors, may be more able to negotiate the terms of a salary package.

Exempt status is not determined by title, however, but through evaluation of salary and duties. Thus, a fast-food restaurant “manager” who flips burgers, mops the floor and has no supervisory duties may be protected by wage and hours laws just like a non-managerial employee, fancy title notwithstanding.

The salary prong of the test requires that exempt employees be paid twice the minimum wage for full-time employment. The duties prong is less easily quantifiable, but generally requires the exercise of discretion and independent judgment.

Special rules may apply to some groups of workers including commissioned salespeople, computer professionals, private school teachers and truck drivers. These may be closer cases, more dependent on particular circumstances.

How are hours counted?

More CALIFORNIA LABOR LAW News
Recent California court decisions have made clear that small amounts of off-the-clock time must be counted and paid for. On-call time should also be counted, even if the employee is not actually required to be physically present at work. Employees who must be on-call at night and are permitted to sleep must be paid for the time spent asleep. Employees who are asked to perform small tasks on a lunch break must also have those hours counted for determining wage and overtime entitlement.

The California legislature and courts remain in the forefront of protections for workers’ wage and hour rights. Even when a lawsuit does not go to trial as Fajardo did not; the legal climate is highly conducive to favorable settlements.