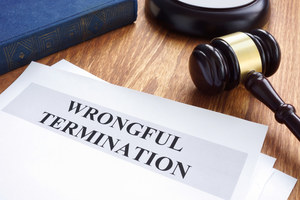 Kai Yin “Carrie” Chuang, a former Juul supply chain manager, claims that three male coworkers made unwanted sexual advances, suggestive comments and touched her inappropriately, according to court documents initially reported by Forbes. Specifically, one coworker during a 2017 business trip “touched Ms. Chuang’s buttocks and breasts and kissed her face and ears against her will, and asked Chuang to “come to my room and sleep with me,” an offer she turned down.

The sexual harassment lawsuit claims that Chuang reported the incidents to several managers and executives and her complaints pretty much fell on deaf ears, but for a former director of manufacturing who “suggested she should avoid reporting the matter further.” Chuang also accuses this same individual of sexual harassment.

Chuang also claims that Juul executives falsely accused her of accepting bribes from, and becoming romantically involved with a vendor. Further, Juul managers accused her of violating company policy by downloading company files and sharing them with an ex-Juul employee – all of which she says was in retaliation for reporting sexual harassment. Chuang was fired in December 2018 for allegedly stealing company data.


Chuang’s lawsuit further accuses Juul’s vice president and a senior human resources director of false imprisonment. The duo purportedly accused her of stealing company data and then terminated her in a closed meeting room. She tried to leave the room but the HR director said, “no you cannot leave.”

The sexual harassment and retaliation lawsuit is seeking back pay, lost fringe benefits and other monetary relief.  A Juul spokesperson says her lawsuit has no merit, and the company is “committed to providing a safe and comfortable workplace free of all forms of harassment.”


Chuang isn’t alone in accusing Juul of illegal retaliation. In October, 2019 BuzzFeed News reported that a former Juul executive filed a lawsuit claiming retaliation after he raised concerns to his superiors regarding a contaminated shipment of e-cigarette pods, but customers weren’t told and a recall wasn’t issued about this public safety concern. Instead, Siddharth Breja’s lawsuit claims that then-CEO Kevin Burns said, “Half our customers are drunk and vaping like mo-fos, who the f*ck is going to notice the quality of our pods,” according to BuzzFeed. When confronted with his comments, Burns replied: “I never said this, or anything remotely close to this, period…As CEO, I had the company make huge investments in product quality and the facts will show this claim is absolutely false and pure fiction.”


Under California law, it is illegal to harass someone at work due to their sex, yet one in hree women have been harassed at work, making sexual harassment is the most prevalent type of harassment, according to a 2015 survey.

The Equal Employment Opportunity Commission defines Sexual harassment as: Unwelcome sexual advances, requests for sexual favors, and other verbal or physical conduct of a sexual nature constitute sexual harassment when this conduct explicitly or implicitly affects an individual's employment, unreasonably interferes with an individual's work performance, or creates an intimidating, hostile, or offensive work environment.

More CALIFORNIA LABOR LAW News
Furthermore, the California Fair Employment and Housing Act (“FEHA”) views harassment as “conduct outside the scope of necessary job performance, conduct presumably engaged in for personal gratification, . . . or for other personal motives... Also, one incident of harassment may be enough to trigger legal grounds for a sexual harassment claim, so long as it is severe enough.”

In February 2019 Chuang filed a complaint with the California Department of Fair Housing and Employment in February and received a right-to-sue notice from the agency immediately. (Employees who wish to file a lawsuit must obtain this notice.)

If you reported an instance of sexual harassment and the employer fires you because of your complaint, that is an illegal purpose and wrongful termination.