A Pasadena bakery has been fined over $80,000 for various California labor violations, including minimum wage violations, but what happens next? 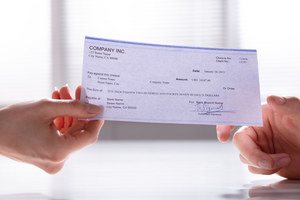 Although it has rave reviews online, a photograph of this “hole in the wall” Mexican bakery looks like it can barely pay the rent. It looks like a mom and pop operation scraping by. So what happens if the bakery doesn‘t, or cannot,  pay the dough?

Pasadena’s minimum wage, however, will reach $15 per hour starting July 1 for employers with 26 or more employees, and July 1, 2021 for employers with 25 or fewer employees. More than a dozen other California cities have also decided to go further than the state’s yearly wage increase in order to keep up with the skyrocketing cost of living.

But wage increases are striking a hard blow to employers, never mind places like Chapala Bakery that didn’t even pay their workers $12 per hour. Petaluma has also increased minimum wage this year. Its wage bump is the highest at a $4 increase, with South San Francisco and Menlo Park both a close second at a $3 increase.

Onita Pellegrini, CEO of the Petaluma Chamber of Commerce, told the North Bay Business Journal that the minimum wage hike “is an especially hard blow for restaurants, and Petaluma diners will likely see not just a rise in prices, but may also witness new flat fees on their bills. This could come in the form of a ‘backroom charge’, or may follow in the footsteps of Petaluma restaurant Pearl, which prices dishes higher in lieu of tips.” And one restaurant owner, Kathleen Stafford at Pongo’s, told the Journal that the wage hike’s five-month preparation window provided by the city was not adequate time to deal with increased costs. “It really left us all in a pinch,” said Stafford, who joined a working group with more than 20 other restaurateurs following the council’s July 15 approval. “We were told we would get a bit of a break, and we were all meeting to try to figure out how we would get through this.

Meanwhile, staff from the Labor Commissioner’s Office, part of the Division of Labor Standards Enforcement Judgement Enforcement Unit, continue to investigate the proprietor’s various assets in an effort to recover funds for the payment of unpaid wages, penalties and damages.

Jeanne-Mairie Duval, spokesperson for the DIR told LawyersandSettlements that, although the DIR cannot comment on an open investigation, “we expect businesses to work with us to make a good faith effort to pay everything they owe, plus interest, once that amount has been finally determined through the appropriate legal process.”

“While the Labor Commissioner’s Office regularly negotiates payment plans with businesses that cannot afford to pay the full amount all at once, we will take aggressive legal  action against businesses that ignore or refuse to pay a final judgment, including using bank levies to recover unpaid wages and penalties, as well as issue stop orders that prohibit the use of employee labor if the business has unpaid wage theft judgments,” Duval said.

More CALIFORNIA LABOR LAW News
Duval explained that, when the Labor Commissioner’s Office issues citations following an investigation into an employer’s compliance with the state’s labor laws, the employer has the right to appeal within 15 business days. Chapala Bakery exercised their right to appeal the labor law violations cited for underpayment of minimum wages and overtime, failure to provide meal and rest periods, split shift premiums and liquidated damages (assessed when employees are paid less than minimum wage), and civil penalties. The Chapala Bakery has appealed and is currently pending hearing.


“Wage theft is a crime and it is by fighting wage theft, protecting workers from retaliation and educating the public that we put earned wages into workers' pockets and help level the playing field for law-abiding employers,” Duval explained. Additional information on wage theft is available in English and Spanish, including information on how to take action.

Posted by
Melissa Thompson
on February 24, 2020
Hello,
I work for a County hospital in CA. We are never provided a 3break(or second 15min break). Is this legal for County workers in CA hospitals to not receive a second 15 minute break?
Thank you for your attention to this matter.
Melissa