A Federal District Court has ruled that Virgin America, Inc. failed to pay flight attendants for overtime and rest breaks—Plaintiffs estimate they are owed over $60 million.

Several years after a Federal District Court certified a class of 1,400 Virgin America flight attendants who alleged that their employer violated numerous California state labor laws, U.S. District Court Judge Jon S. Tigar has granted them summary judgment. The flight attendants claimed that they were paid based on a “block time” schedule, which would begin when they left the gate, and end when they arrived at the gate. This meant that they were not paid for time spent writing up incident reports before and after flights, undergoing mandatory training, taking required drug tests, and waiting for passengers to board and deplane. They also allege that they were not provided with accurate wage statements. The flight attendants have now prevailed in their motion for summary judgment, and the case will proceed for the limited purpose of establishing exactly how much they are owed. 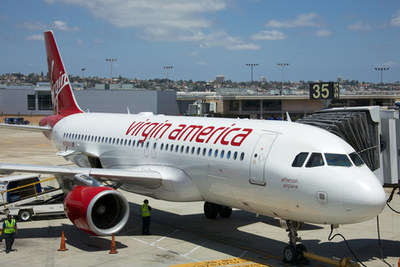 
Virgin’s lawyers argued that because flight attendants are safety-related personnel, federal law mandates that they cannot be relieved of their duties for any period of time during a flight. The District Court was not persuaded by this argument, finding that California prevailing wage law applied to the flight attendants’ claims. The Judge ruled that Virgin failed to comply with California labor code provisions requiring meal periods and rest breaks.

Often, flight attendants work long hours on cross-country flights. California labor code provides that employees are entitled to one half-hour break during a five-hour workday, and two 30-minute breaks during a 10-hour workday. Non-exempt workers are also entitled to a ten-minute paid rest break for every four hours that they work. Virgin argued that flight attendants could not be relieved of duties for safety reasons, and that federal law (including FAA regulations) not state labor law controlled because Virgin’s employees worked “in the federally regulated airspace.” Virgin hinted that they may appeal Judge Tigar’s decision on such grounds.


California and labor law have a unique relationship, as the Golden State has some of the most employee-friendly labor code provisions in the U.S. So naturally, Virgin’s lawyers fought hard to prevent the application of California labor employment law to the case. Virgin argued that many flight attendants misrepresented to their employer that they resided in California—but that many actually lived in other states, and even other countries. As such, Virgin argued that they were not entitled to protections under California employee labor law.

Again, the Court was not persuaded by Virgin’s arguments. This was foreshadowed by Judge Tigar’s earlier January 2017 decision denying Virgin’s motion for summary judgment in part. Here, Judge Tigar determined that California state law was controlling because of the company’s “deep ties” to the state. Specifically, Virgin trained its flight attendants in California, and “received millions of dollars from the State of California to do so.” Nearly all of Virgin’s flights arrive or depart from California airports—in fact, the average daily number of flights departing from the Golden State has never dropped below 88.6 percent. Virgin’s corporate headquarters were also located in Burlingame, California, although it has since been bought out by a Seattle, Washington-based airline.

Court or Jury Slated to Quantify How Many Millions Are Owed

More CALIFORNIA LABOR LAW News
The only ground that Virgin has been able to take so far in this litigation was in persuading the Judge to decertify the class with regard to their claim that Virgin failed to pay them for time spent filling out incident reports. The Judge found that the flight attendants failed to propose a valid class-wide method for calculating how much time it took to fill out such reports. Future proceedings will be held to determine how much the flight attendants are owed on all the other claims. A judge or jury will make the final determination based on the flight attendants’ regular wages. An expert witness hired by the Plaintiffs calculated that from 2011 through March of 2017, Virgin failed to pay employees approximately $50 million in lawfully earned wages. Because these damages have been accruing since March of 2017, the expert estimates that they are now in excess of $60 million--which will be distributed among the class members.

Posted by
Bodziak
on November 30, 2018
I brought this to the attention of a wage & labor attorney in California before 2009 but for another airline that operates extensively out of LAX & SFO. We NEED unions folks!