By a July 18, 2018 Order, the Superior Court of Orange County ruled that the new Dynamex “ABC” test for determining whether workers are employees or independent contractors should be applied retroactively. The decision in Dynamex v. Superior Court of Los Angeles County was already expected to have far reaching consequences. The ruling in Johnson v. VCG-IS LLC suggests that employer liability for violations of the California Labor Code arising from the new understanding of legal standards may reach years back in time. 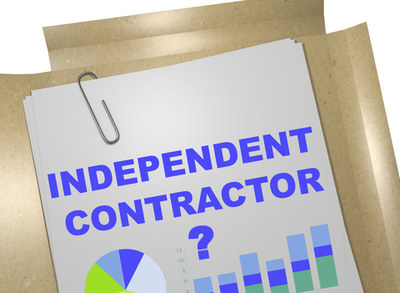 Businesses that have come to rely on “gig workers” and workers who have been pushed, perhaps unwillingly, into insecure contract work may now have serious reasons to recalculate their prospects. Dynamex stands for the proposition that if it walks like wage theft and quacks like wage theft, it may not be a wonderful opportunity for entrepreneurship. Johnson says that was true yesterday, too.


VCG-IS, LLC, is a gentlemen’s club that does business as Imperial Showgirls. Oriana Johnson alleges that she and other exotic dancers were misclassified as independent contractors rather than employees in violation of the wage and hour provisions of the California Labor Code. In their Private Attorney General Action (PAGA) claim, they specifically assert that Imperial Showgirls failed to:

Perhaps because of the industry in which they work, the dancers may have been denied the protections of law otherwise available to California workers. The underlying facts and alleged violations go back to 2015.The complaint also names affiliated companies VGC Holding Corp. and International Entertainment Consultants, Inc., as joint employers.


The ruling, itself, is somewhat complex because the dancers’ claims were brought under California’s PAGA statute, rather than under a state Wage Order, as Dynamex claims had been. The Superior Court ultimately limited its ruling concerning retroactivity to exclude the tip claim and liability of joint employers. However, these aspects could easily become the subject of future challenges, according to the dancers’ attorney.

The wage claims survived. Relying on the fact that the California labor law violations described by the Dynamex plaintiffs went back as much as 13 years before the decision was rendered (far longer than the look back period requested in Johnson) the Superior Court ruled that Imperial Showgirls’ liability could go back three years from the date of the Complaint. Employers can be expected to continue to raise due process arguments about the retroactive application of the interpretation.


Before the California Supreme Court’s decision in Dynamex, the complicated question of whether a worker was an employee and thus entitled to certain statutory protections, or an independent contractor and not so entitled, was determined according to a multifactor, weighted-according-to-situation set of circumstances described in S.G. Borello & Sons, Inc. v. Dept. of Industrial Relations .

It was complicated, fact-dependent and employer-friendly. The answer might be different for tax and workers compensation purposes. Workers had the burden of proof to show that they were employees.

The Superior Court’s decision in Dynamex reversed those presumptions. All workers are presumed to be employees and thus entitled to certain legal protections unless there is convincing evidence to the contrary.


Under Dynamex, in order for a business to show that a worker is not an employee, the business must demonstrate all three of the following things:

Failing any one of those three measures means that a worker is an employee. Prong B has caused the most concern, so far.

The Strippers and Prong B


If the business of a food delivery organization is to deliver food, it is hard to argue that the drivers who drive around to deliver the food perform a service that is outside the usual course of the hiring entity’s business.

More CALIFORNIA LABOR LAW News
Similarly, if the business of exotic dancers is to sell the opportunity for someone to view a performance of exotic dancing, it is hard to argue that that opportunity is outside the usual course of business for certain “gentleman’s clubs” who pay them to do that performance.

In truth, very few businesses that employ independent contractors can get past Prong B. That is why the employer community is up in arms. Add to that the retroactive effect of Johnson, and it becomes clear how the possibilities of litigation to enforce wage claims have changed in the last few months.

Might the California Supreme Court or the Ninth Circuit limit either Dynamex or Johnson? Might the California legislature do the same? Strong efforts will certainly come to bear because of the importance of this issue for both businesses and workers.