DoorDash is the latest third-party delivery company to get slammed with a California Labor misclassification lawsuit.

DoorDash has been slammed with another California labor lawsuit filed by San Francisco District Attorney Chesa Boudin, claiming the food delivery service has misclassified its workers as independent contractors rather than employees. “Dashers” are entitled to workers compensation and other benefits allowed full-time workers. 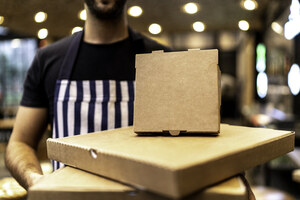 Boudin is far from alone in pursuit of “any unlawful, unfair or fraudulent business act.” Just a month earlier, City Attorney Dennis Herrera joined Los Angeles and San Diego colleagues in filing a similar lawsuit against Uber and Lyft for misclassification.

“I assure you this is just the first step among many to fight for worker safety and equal enforcement of the law,” Boudin said at a June 16 virtual press conference (and reported by MissionLocal.org). “This action will be led by Assistant District Attorney Scott Stillman’s Economic Crimes Against Workers Unit — ‘and I did not bring ADA Stillman into the office to file one lawsuit’, Boudin continued.”

This complaint, filed in the Superior Court of California, County of San Francisco on June 16, 2020 accuses DoorDash of “illegally” classifying its delivery workers as independent contractors when they are employees as per the “ABC” test for determining employment status under California’s Industrial Welfare Commission Wage Orders:  The complaint goes on:  “By misclassifying its Dashers, DoorDash has denied them minimum labor protections, violated California’s workplace laws, failed to fulfill its tax obligation to the State, and gained an unfair advantage over it law-abiding competitors.”

Boudin said in a statement that misclassification hurts workers by contributing to rising income inequality and the shrinking of the middle class, and it hurts the public by forcing other companies that classify workers as employees to compete with DoorDash on an unfair playing field.

Back in 2019, the California Legislature took action to curb misclassification by passing Assembly Bill 5 (AB5). Its purpose was to restore “protections to potentially several million workers who have been denied…basic workplace rights that all employees are entitled to under law.”  AB5 codified the ABC test and also expanded applying the test to include unemployment insurance, disability insurance, and workers compensation.

Soon after the bill was passed, the California government made it clear they were serious about employers needing to follow the ABC test when it comes to classifying their workers.

The city’s Office of Labor Standards and Enforcement filed a complaint against DoorDash in 2019 when someone caught wind of the company putting workers tips to their base wages instead of as a gratuity –which amounts to wage theft. If an employee stole from their boss, they’d go to jail, but employers steal from workers and usually get away with it. Until people like Assemblywoman Lorena Gonzalez (D-San Diego) and the San Francisco DA find out.

DoorDash, along with Uber and Lyft, is part of the gig worker initiative that aims to exempt the companies from California’s gig worker law. The ballot initiative heads to voters this November.


The largest meal-delivery company in the US has benefited from the lockdown. According to MarketWatch, DoorDash Inc. is close to securing new funding that would value the largest U.S. meal-delivery company at more than $15 billion. DoorDash filed to go public in February, shortly before the novel coronavirus upended the economy and financial markets, and it’s still aiming for a listing this year.

More CALIFORNIA LABOR LAW News
Now more than ever, Californians from all walks of life look to DoorDash for flexible earnings opportunities, working on average a few hours per week. Throughout the pandemic, DoorDash has supported Dashers on and off the road with free safety equipment, telemedicine, earnings replacement, and more. Today’s action seeks to disrupt the essential services Dashers provide, stripping hundreds of thousands of students, teachers, parents, retirees and other Californians of valuable work opportunities, depriving local restaurants of desperately needed revenue, and making it more difficult for consumers to receive prepared food, groceries, and other essentials safely and reliably. We will fight to continue providing Dashers the flexible earning opportunities they say they want in these challenging times.