A word to workers –check your overtime calculations

Delta Air Lines has agreed to pay $3.5 million to a class of approximately 3,300 past and present Delta workers to settle claims that the airline failed to pay overtime as required under the provisions of California labor law. The dispute centered on a complicated pay formula that included shift differential pay, non-discretionary bonuses, profit-sharing payments, and the fair market value of employee travel passes. 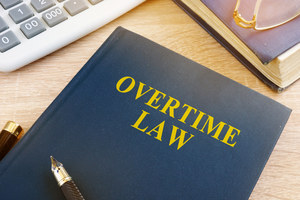 In the larger scheme of things, the lawsuit highlights two different routes that California overtime disputes have taken in recent years – one that focuses on how hours are counted, and the other that focuses on how the “regular rate of pay” is calculated. Workers need to watch both of these elements carefully to make sure that they are not shortchanged.


Howard Fan worked at the Los Angeles International Airport as a customer service agent for Delta from September 2010 until August 2018. Throughout his employment, Delta regularly paid shift differentials to employees for each hour worked on afternoon and night shifts.

Delta also paid additional compensation through the Shared Rewards incentive program. Under the Shared Rewards program, workers earned a cash bonus if Delta’s company-wide operations met or exceeded certain pre-determined standards in three areas: baggage handling, percentage of scheduled flights that actually flew during a month, and on-time arrivals. Shared Rewards bonuses were paid on a monthly basis and were also reflected on an employee’s wage statement for the pay period in which they were paid.

Delta also paid compensation to class members under the company’s profit-sharing plan. Finally, Delta had a practice of providing additional compensation to class members in the form of travel pass privileges and Travel Companion Passes. These passes, for free or reduced-fare travel, were made available to Delta employees, who might either use them personally or provide them to friends or family. Delta treated the fair market value of these travel benefits as taxable compensation to the employee, which was subject to payroll tax deductions.

However, Delta did not include the shift differentials, Shared Rewards Incentive payments, profit sharing contributions or the taxable value of travel passes in an employee’s remuneration for purposes of calculating the employee’s regular rate of pay for determining overtime premiums.


HOW OVERTIME MUST BE CALCULATED UNDER THE CALIFORNIA LABOR CODE

Accordingly, as the Complaint argues, the “regular rate” of pay for purposes of calculating overtime premiums due under California law should have included the total remuneration for the employees’ employment, including but not limited to wages or salary, non-discretionary bonuses based on productivity, efficiency, performance or attendance; profit sharing payments; premium payments, such as shift differentials for less desirable shifts; and payments other than cash, such as the fair market value of goods provided to employees by the employer.

It’s not an adventurous legal argument, but it may be tough for workers to gather evidence. It is easy to fall into thinking of overtime as 1.5 times pay rate for hours worked above 40 in a week. While this is a useful legal shorthand, it is not an entirely complete summary of the law, and can result in significant underpayment in situations where a compensation formula includes elements other than straight time.


From a conceptual perspective, there are really only two moving parts in an overtime formula. The first requires counting the number of hours an employee works during a pay period. The second requires assessing how much an employee is actually paid on a regular basis.

Many recent California wage and hour lawsuits have focused on the first element. Courts have now established that California workers must be paid for very brief periods of time and on-call time, for example.

More CALIFORNIA LABOR LAW News
Fan is a different kind of lawsuit, because it tackles the other element – the “regular rate of pay.” This may represent a new legal initiative for workers who are routinely paid incentive and other forms of compensation.  It may be harder for individual workers to track, however, because of the way that compensation is reported on wage statements.

Employees will certainly be aware of a compensation formula that includes these “extra” elements and whether overtime is a regular feature of their work scheduling. In these situations, it may be necessary to seek professional assistance to determine if overtime is being correctly calculated. It can make a very big difference when a pattern of underpayment affects a large number of employees over a period of several years.