The Comcast and O.C. Communications $7.5 million settlement for California wage and hour violations, which was first rejected, has finally been approved.

After two years of litigation, a California labor lawsuit involving about 4,500 technicians has finally settled for $7.5 million, after legal fees. The federal class action alleged that O.C. Communications Inc., a tech talent supplier, and Comcast Corp. violated state and federal laws, including not paying the workers for all the hours worked and failure to compensate the techs for piecework, overtime or minimum wages. 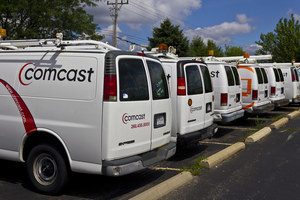 A group of non-exempt technicians who install cable, television, phone, security and internet services sued O.C. Communications Inc., Comcast Corporation and Comcast Cable Communications Management (the lawsuit claims they were joint employers) for failing to pay minimum or overtime wages, and they weren’t properly compensated for rest and meal breaks. Further, they were not reimbursed for expenses and were not issued accurate, itemized wage statements, which are all violations of the California labor code.

The settlement was first rejected in April 2019 by U.S. District Judge Vince Chhabria because it “doesn't explain how the defendants' practices have changed or will change in the future.” Although Judge Chhabria said the "alleged wage and hour violations appear to have substantial merit" the issues seemed to be "systemic," and it appeared that the settlement was achieved at a discount, and that such a discount was "difficult for a court to swallow" without some assurance that the violations are likely not to happen in the future. The case is Soto, et al. v. O.C. Communications, Inc., et al., No. 17-cv-00251.

The technicians sometimes worked up to 60 hours per week performing installation services. According to court documents, they were paid on a “hybrid hourly and piece-rate basis, based on the various jobs and tasks" they performed for Comcast's customers. One of the lead plaintiffs, Desidero Soto, told the court that one day O.C. Communications (OCC) scheduled him for 32 jobs, but he was usually assigned eight. His supervisor told him to work through meal periods—he ate while driving from one job to another—and was required to be on call at all times. Another plaintiff, Jacky Charles, said he had to supply all tools required for the job, including several types of cable, wireless drill, drill bits, pliers, screwdriver, staple gun, boots and pants.

Charles also told the court that he OCC instructed him to underreport his hours for compensation. He had to report his start time one hour after actually working and if he reduced his total work time, OCC would manipulate his time cards accordingly.

Comcast Corporation was named as a defendant because, according to court documents, it controlled about 90 percent of OCC’s revenue stream. It “monitors and evaluates technicians’ work activities, work progress and whereabouts in real time during the course of the day through mobile devices.”

One former OCC cable installer employee said a day’s work typically required climbing a 28 foot latter, crawling under houses, on roofs and in attics. Many confined places were covered in rat feces and dirt and mud but workers were not supplied breathing masks or protective equipment. “Forced overtime is the worst part,” he posted on Indeed.com. “If you start at 7 am you should be off around 3:30 or 4 PM depending on your lunch break. Yet you are forced to work past 7 pm on a daily basis, sometimes as late as 9 or 10 pm and you are still required to be at work by 7 am the next day…working 60+ hours a week.

More CALIFORNIA LABOR LAW News
Another former cable tech said he was promised local routes. “We were lied to and given routes about an hour to 2 hours away. Never had the proper equipment to do our jobs. [OCC] don't believe in having a family life, having to work every weekend 12 hours a day. Getting a day off just to have family time was like pulling teeth. I wouldn't work for them ever again to be honest.”

O.C. Communications, Inc. operates as a fulfillment contractor specializing in cable and communications equipment installation. Its customers include enterprises, hotels, professional sports teams, the U.S. military, the State of California, universities, and prisons. On its website, OCC says that “a company is only as good as its employees, and at OCC, we train ours to be the best.”