Was a pay secrecy policy hiding in plain sight?

A two-year old California labor lawsuit just took a new turn. Plaintiffs in Rasmussen v. Disney have been permitted to amend their complaint to add allegations that Disney “maintains a strict policy of pay secrecy” in violation of California labor law. If proved at trial, the allegation could establish a link between prohibited conduct and widespread pay discrepancies between men and women who perform similar jobs at Disney – giving lie to the claim that the pattern can be explained by differences in performance. Pay secrecy is thought to hurt female workers because it deprives them of the information they need to demand equal pay. 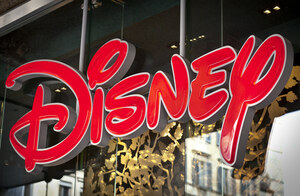 The remedies available under the California Pay Act, as amended in 2015 to cover pay secrecy policies, include the difference in wages, interest, and an equal amount as liquidated damages. The women are suing for back pay, lost benefits and other compensation. They also want the court to require Disney to create internal programs to remedy the effects of Disney’s past and present unlawful employment policies. Disney has reportedly called the accusations “ill-informed and unfounded.”

Telltale facts – lots of them


The initial Complaint lays out troubling facts. LaRonda Rasmussen went to work for Disney as a “Senior Financial Analyst” in 2008 at a starting salary of $70,000 and has since routinely received positive performance reviews, raises and bonuses. In 2017, Ms. Rasmussen raised the issue of unfair pay with Disney’s Human Resources department because she believed that she was earning less than men performing the same (or substantially similar) job duties.

At the time her base salary was $109,958. 23. Each of the six men holding the same title as she did (“Manager, Product Development”) had a much higher base salary. The lowest-paid male Manager received $16,000 more in base salary than Ms. Rasmussen. The highest-paid male Manager was paid almost $40,000 more than she was. On the basis of this comparison Ms. Rasmussen believes she had been shortchanged more than $26,000.

She was ultimately given many of the same duties as a Senior Manager, Product Development, without the promotion. When her base salary was compared with the salaries of male Senior Managers, she believes that she was underpaid by more than $34,000.
Other women were similarly denied promotions. Karen Moore worked as a Senior Copyright Administrator within the Disney Music Group, and was a 23-year employee. When she inquired about an open position for “Manager,” she was discouraged from applying.

Later, the job was converted into a “Senior Manager” position and eventually a man was placed in that spot. Ms. Moore believes that he makes significantly more than she does, even though they perform the same or substantially similar work. Women who joined the lawsuit since 2019 have similar stories of underpayment and denied promotions.

Disney’s centralized compensation policies, are largely based on prior salary, including compensation earned at previous employers. Since 2018, California Labor Code Section 432.3  has prohibited California employers from asking interviewees about salary history. However, most, if not all of the women who have joined the lawsuit were hired prior to that date.

The company’s compensation and promotion policies thus “bake in” information that could not now be legally obtained, even though the practice was legal at the time of hire. Disney’s procedures, although facially neutral, allegedly work to perpetrate and compound the historic pay disparity between men and women.

Evidence of a difference in pay does not prove wage discrimination


The California Pay Act requires more than just evidence of a difference between the way men and women are paid and promoted. The law prohibits only pay inequities for substantially similar work that cannot be justified through a “bona fide factor other than sex.” Education, training and experience are among the bona fide factors. In addition, the law specifically makes it illegal for employers to prohibit employees from discussing or inquiring about their co-workers’ wages.


On March 18, the women filed an expanded complaint in State Superior Court for Los Angeles County. The amendment appears to incorporate new evidence that has come to light through discovery process. The added section reportedly  says that:

More CALIFORNIA LABOR LAW News
“Disney ‘maintains a strict policy of pay secrecy’ in violation of California law. Five of the plaintiffs were told ‘multiple times by their superiors never to speak about their compensation (salaries, bonuses or raises) with other Disney employees,’ according to the filing. One plaintiff, Chelsea Hanke, now a senior home entertainment manager at the company, claimed to have ‘direct knowledge of a female Disney employee being disciplined for disclosing her pay to co-workers.’”

There may yet be proof problems with regard to the policy of pay secrecy, especially if it was only orally communicated among those in charge of compensation decisions. Nonetheless, the additional allegations appear to considerably strengthen the workers’ claims of wage discrimination.