Two citrus workers asked a California federal court to keep their proposed California labor class action against a citrus company alive. They allege that Bee Sweet did fully pay wages and travel time pay and did not provide rest periods. 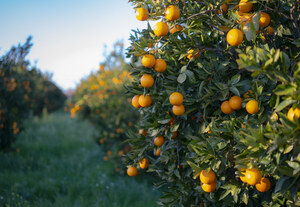 Amaro and Barrera worked at Bee Sweet Citrus’ fields as non-exempt, seasonal employees in California cultivating, harvesting, packaging, and shipping citrus for Bee Sweet. According to the complaint, they notified the company on October 29, 2020, about their purported legal violations.


Plaintiffs Rafael Marquez Amaro and Javier Barrera filed the class action complaint in March 2021 in the Eastern District of California, claiming that Bee Sweet required agricultural workers to work off the clock, travel between fields without pay and buy their own tools without reimbursement. Further, harvest workers were often required to gather fallen citrus and move equipment before officially starting their shifts, and they were not given their rightful 10-minute breaks for every four hours of work, which is a violation of the California labor code. And these violations breach the Migrant and Seasonal Agricultural Worker Protection Act.


The citrus company urged the court on September 7th  to throw out the lawsuit, arguing that it was the same as the claims that different workers included in their Daniel Montes 2020 lawsuit, which a California federal court tossed. As well, Bee Sweet said that Amaro and Barrera are “attempting to hold it jointly liable for alleged payroll errors made by unnamed labor contractors and that the unnamed contractors are actually responsible for allegedly not paying the workers appropriate wages, providing rest periods and waiting time penalties and that Amaro and Barrera failed to name those contractors as defendants”.

On September 16, Amaro and Barrera asked the court to deny Bee Sweet Citrus Inc.'s bid for a judgment on the pleadings or summary judgment in their proposed class action, and they supported their wage and hour claims against Bee Sweet as a joint employer, reported Law360. "Bee Sweet's concern over unnamed parties is unwarranted because Bee Sweet itself is jointly and severally liable as the sole client employer," Amaro and Barrera said.

More CALIFORNIA LABOR LAW News
Regarding the Montes lawsuit, Amaro and Barrera said that, "Bee Sweet has now apparently dropped its 'mandatory joinder' argument" that it used in the Montes suit "because labor contractors and other client employers are not necessary parties…Therefore, Bee Sweet can stand as the sole defendant in this action and be found fully liable as plaintiffs' client employer.”

The case is Amaro et al. v. Bee Sweet Citrus Inc. et al., case number 1:21-cv-00382, in the U.S. District Court for the Eastern District of California. The putative class includes individuals who worked at Bee Sweet Citrus in any of the previous four years. The complaint added that many in the proposed class either quit or were laid off during the class period without receiving their full pay.
READ ABOUT CALIFORNIA LABOR LAW LAWSUITS