The California Labor Commissioner’s Office has found that The Cheesecake Factory and its janitorial contractor, Americlean Janitorial Services Corp., engaged in wage theft, withholding millions of dollars that were lawfully earned under California prevailing wage law. Americlean subcontracted the night cleaning work to another company, Magic Touch. It is not uncommon for California employers to rely on multiple layers of contractors and fluid entities to perpetrate wage theft, particularly in all-cash enterprises like the janitorial industry. However, Cheesecake Factory and Americlean have been found equally liable for the workplace violations of subcontractor Magic Touch under California Assembly Bill 1897, which holds employers liable for the violations of their contractors. 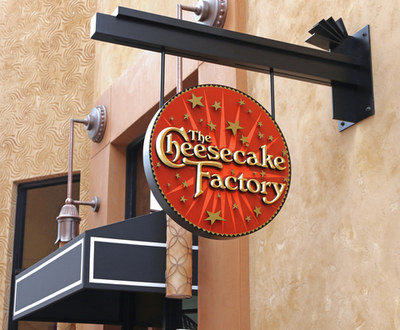 Janitors working overnight at these locations began their shifts at midnight, and worked all night without being given meal and rest breaks as required by California labor code. They were also held after their eight-hour shift for “inspections.” During these inspections, management reviewed the thoroughness of their work. The janitors were not permitted to leave in the morning until any additional tasks they were given during these checks had been completed. As a result of these last minute tasks, janitors would often end up working up to 10 hours per week of overtime for which they were not paid in accordance with California labor law. California state labor laws require all non-exempt employees be paid “time and a half” (one-and-one-half times their regular rate of pay) for any hours worked over eight per day, or 40 hours per week.

Wage Theft As a Business Practice: Taking Advantage of Janitors


Unfortunately, wage theft is a common practice with janitorial employees. Janitors are more isolated than workers in other industries, frequently taking on night shifts when the buildings they are cleaning are otherwise unoccupied. Employers have a tendency to perceive cleaning staff as either unaware of their legal rights, or afraid to speak out against their employers for fear of retaliation. Retaliating against an employee for reporting wage theft is also an unlawful practice. But that doesn’t seem to spur janitors to come forward.

Compounding the problem, businesses have learned to create elaborate contracting and subcontracting schemes in order to avoid having to pay workers lawful wages. At times, janitors do not even know whom their employers are, and they are often paid in cash so that the violations cannot be traced. The problem is insidious—cleaning companies that strive to operate above board cannot compete with the lower bids offered by wage theft offenders. According to a University of California, Los Angeles (UCLA) study, there is a strong correlation between California and labor law violations. Rates of wage theft are higher in California than in other urban centers like Chicago and New York. This may be because California companies tend to rely on complicated nets of contractors and subcontractors to evade detection.

The Legislature Fights Back Against California Prevailing Wage Violations

More CALIFORNIA LABOR LAW News
Janitors perform an all-important service, yet they are often exploited by the companies who rely upon their services. The California labor lawsuit against The Cheesecake Factory was brought under a recently enacted law that aims to correct some of these schemes employers use to exploit cheap labor. This recent law enables employers to be held liable if they rely on subcontractors that commit overtime or wage theft violations. Companies who use crooked subcontractors can be held liable for wages owed to employees, damages, administrative penalties, and possibly even Workers’ Comp violations. California has taken the additional measure of requiring companies that provide janitorial services to register with the Labor Commissioner’s Office pursuant to the Property Services Workers Protection Act—a recently enacted law that seeks to protect the rights of janitors.


According to a spokesperson for California’s Department of Industrial Relations, Magic Touch was renamed “Z’s Commercial Quality Cleaning” to evade law enforcement. This is another tactic used by companies that rely on wage theft to boost profits and lower costs. By changing the name of the business, and registering a new entity under a different name, they attempt to throw the trail of the investigation. They may even use a distant relative, friend, or employee as a front for the new business so that the link to the former offending company is even harder to trace.