Three sisters alleged a cannabis farm fired them in retaliation for voicing their concerns about health and safety issues and other violations of California employment law.

Three sisters—former cannabis farm workers—alleged they were fired for complaining about California labor and employment law violations. Retaliation is a serious labor law violation. However, litigation ended October 18th when a federal judge signed off on a dismissal motion filed by the Montelongo sisters after reaching a settlement agreement. 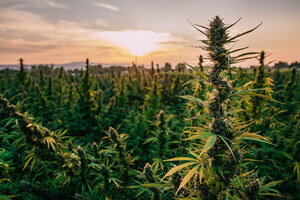 Each side agreed to settle on confidential terms and agreed to cover their own attorney fees. Plaintiffs sought damages to compensate for lost wages, including back pay and front pay, and other lost benefits.

In their federal lawsuit the Montelongo sisters said they were fired for:


Complaining about unpaid pre-shift temperature checks;
As well as claims of retaliation and violations of a California state labor statute they brought employment discrimination claims under the Americans with Disabilities Act .

Rachel, Alejandra, and Andrea Montelongo were hired by Valley Harvest LLC  to work at a cannabis farm operated by Nug Farms and owned by Cannabis Strategic Ventures. They worked at the pot farm just over a year-- from June 2020 until August 2020 when they were fired.

More CALIFORNIA LABOR LAW News
According to their lawsuit, just before they were fired Andrea and Rachel Montelongo raised concerns about injuries they incurred after not being provided with personal protective equipment despite instructions to directly handle bleach. Also in August Rachel Montelongo left work one day to treat her postpartum depression and her sisters left with her. The next day, one of the sisters received a phone call from human resources that conveyed that all three women were fired from the farm.


When they picked up their final checks, Alejandra was told she was fired for overwatering certain plants and Andrea and Rachel were fired for working too slowly, tardiness and arriving late to work.