Not only was Jose Velasquez subjected to working in a hazardous environment, he wasn't paid overtime for working through lunches and breaks. This went on for almost four years, until he finally quit on December 1, 2006. Needless to say, his family didn't have a Merry Christmas. 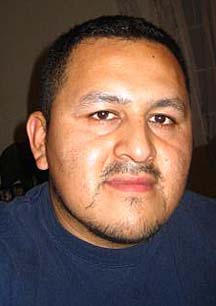 "I had no choice but to quit," says Velasquez. "My general manager gave me such a hard time, over and above not getting paid overtime, lunches and breaks." Velasquez was a maintenance mechanic for Preferred Freezer Services in Vernon, a suburb of Los Angeles, where he worked for four years. "I submitted a form each week that they offered to us if we work through our lunch hours. It was intended to record our lunch as ½ hour overtime and we would be compensated on our regular weekly paychecks," he said. Valesquez never saw any overtime pay.

"This went on for about two years, and I wasn't the only one who worked through lunch. The first time I noticed we weren't getting paid for this time worked, I talked to my GM. He said 'I will look into the hours you worked extra and you will get compensated accordingly.' I asked a few times but after that I was afraid that I would get fired so I just let it go," Valesquez said.

"All totaled I worked about 70 lunch hours. And I think it wasn't fair that ½ hour was deducted automatically from our paychecks. I was forced to do this because of their budget and I had to stay late about twice a week to make sure safety issues were addressed with the rest of the employees. But safety issues are another story..."

Not only does this company owe Jose unpaid lunch breaks, he is also due 2.5 hours per week for the half hour lunch time deducted every day, and approximately three hours per week overtime.

"The general manager wouldn't supply us with safety equipment such as gloves, rags, breathing mask and eye glasses. I couldn't perform 100 percent so my work was going to suffer. Consequently our morale was really low; my assistant quit one week later for the same reasons. We worked with many chemicals.

I read the MSDS sheet (Material Safety Data Sheets,regulated under Workplace Hazardous Materials Information System) which advises workers about potential hazards and safety gear that has to be worn around certain chemicals.

More News
I soon became aware that just about every chemical we used was on that list. But the GM just brushed it under the rug. We worked in a cold storage warehouse so everything was insulated - we had to create a way of venting any potential airborne hazards in our maintenance rooms and storage rooms. We kept all the doors open that led to the street - trying to create a draft - but sometimes that didn't work, weather dependent. In other words, if it wasn't windy, we had no ventilation.

I did my best to buy my own safety equipment but the company should have provided this. I bought a respirator ($50) and you have to tell the merchant what kind of chemicals you work with in order to get the right respirator. And I bought my own gloves. I was getting to the point where I believed my health was in jeopardy. I'm a healthy guy and want to keep it that way. It might catch up to me later but luckily I got out of there.

I finally quit and it is their loss. I am a good employee and have never complained. (I was in the military and learned never to complain.) But this is bad. I submitted a complaint to the labor board and hope they pay this company a visit."

If your employer has been abusive, or failed to pay you for overtime, please contact a [California Labor Laws] lawyer who will evaluate your claim at no charge.
Request Legal Help Now