Why should a worker bear the burden when an employer can’t keep track of time? With this question, the California Supreme Court threw open the doors to California labor lawsuits on behalf of workers who are tired of being nickel and dimed out of their pay for brief, but repeated, stints of off-the-clock work. 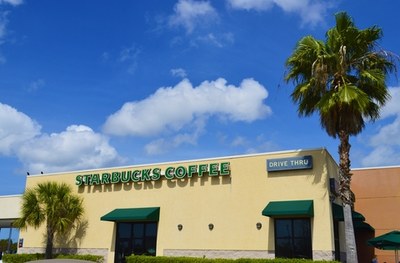 The Message: Count Every Minute. Pay Every Penny.


On July 26, 2018, the Court held that California law requires employers to pay wages even when tracking short periods of time is an administrative nuisance.

The Long and Tangled Tale of Troester


Douglas Troester worked as a shift supervisor for Starbuck’s for seventeen months during 2009 and 2010. Starbucks’s computer software required him to clock out on before initiating the software’s “close store procedure” on a separate computer terminal at the back office. After he did that, he activated the alarm, exited the store and locked the front door. On occasion, he also walked his coworkers to their cars in compliance with Starbucks’s safety rules and brought in store patio furniture mistakenly left outside. Sometimes, he had to let employees come back into the store to collect forgotten belongings.

In his original Complaint, he estimated that he was underpaid by roughly $102 for this off-the-clock work during his entire period of employment. That’s not a lot of money to Starbuck’s. But it might pay a utility bill for someone who works there. It could be a lot of money when you think about all the shift managers at Starbuck’s. It could be even more when you think about all the other Californians who do shift work.

Troester brought a class action lawsuit in 2012. The federal district court granted summary judgment to Starbuck’s. The court held that while the employee’s closing activities occurred regularly, they typically took him only a few minutes per day, and were administratively difficult to track and compensate. Therefore, these activities were de minimis time for which Starbuck’s was not required to pay wages.

The De Minimis Exception vs. “All Hours Worked” Standard


De minimis is legal shorthand for the fusty Latin maxim, "de minimis non curat lex", or “[t]he law does not concern itself with trifles.” In other words, “Don’t bother the court with stupid, little stuff. But what is stupid, little stuff is very much in the eye of the beholder.

The Fair Labor Standards Act, the principal federal law that protects workers’ wages, requires that workers be paid for all time during which they are ”suffered or permitted” to work. Over time, court decisions and federal regulations have recognized an exception for short periods of time that were too difficult to measure.

Under basic principles of legal interpretation, California law may be more protective of workers than federal law but never less. In California, the law governing payment of workers is made up of a combination of the California Labor Code and various wage orders. Together, they require that California workers must be paid for “all hours worked.” Does this include the federal exception for short de minimis periods of time? The California Supreme Court found no such carve out.

The Future of Donning and Doffing Lawsuits in California


The California Supreme Court’s decision is somewhat more subtle and nuanced, however. Although it does not find that the de minimis exception currently exists in California law, it does not decide Douglas Troester’s case. That decision remains for the Ninth Circuit. That court must still weigh and evaluate the facts under the newly clarified California law.

More CALIFORNIA LABOR LAW News
From a realistic viewpoint, the fate of similar lawsuits depends on whether they can proceed as class action lawsuits. Very few people can actually afford to pursue lawsuits about $102. A workers’ right to pursue a class action lawsuit is, itself, under attack, since the U.S. Supreme Court has recently upheld the enforceability of forced arbitration clauses in employment agreements. These are increasingly common even for lower paid workers. Douglas Troester and similarly situated workers are still far from out of the woods.

What About Other States?


Since the latest Troester decision involves an interpretation of California state law, it may be informative, but it is certainly not binding on other states. In Florida, for example, the Eleventh Circuit recently held that the de minimis exception did prevent an employee from recovering for small stretches of unpaid time. It matters where employees sue. In the long run, though, to the extent that the law can change and develop and a national consensus can emerge, the Ninth Circuit is generally thought to be a leader in employee protections.
READ ABOUT CALIFORNIA LABOR LAW LAWSUITS