On August 24, the District Court for the Central District of California gave final approval to a settlement under which ExxonMobil, PBF Energy Limited and Torrance Refining Company, LLC will pay a total of nearly $4.4 million to settle a class action lawsuit in which refinery workers claim that they were denied the paid rest breaks required under California labor law. 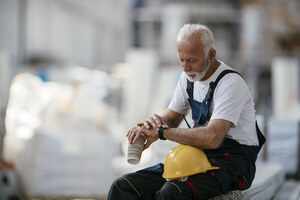 Settlements do not make law. But the final resolution of Kendig v. ExxonMobil Oil Corp. serves as a powerful reminder that, under Section226 of the California Labor Code and Wage Order No. 4, on-call workers are entitled to paid rest breaks under the same terms as workers actively engaged in work duties.

What happened at the Torrance refinery


Michelle Kendig worked as a Head Operator in the tank farm/oil movement at the Torrance refinery for about 21 years. Jim Kendig worked as an operator at the refinery for roughly 25 years. Both typically worked 12-hour shifts on a rotating schedule. They brought this lawsuit on behalf of themselves and all current and former hourly employees at the refinery who worked similar schedules.
Oil refining, distribution, and production process require constant monitoring. Throughout their shifts, the Kendigs and other operators had to monitor the refining process, respond to upsets and critical events and maintain the safe and stable operation of their units.

In order to do so, operators have to remain attentive, carry radios and be reachable at all times during their shifts. They also had to remain in contact with supervisors and other employees working in their unit. Consequently, the Kendigs and other operators never received the off -duty breaks to which they were entitled under California labor law. They also never received wages in lieu of those rest breaks.


In 2018, they brought a class-action lawsuit alleging that ExxonMobil and its successors at the refinery: The settlement negotiations, which have now ended, followed thereafter.


Subsections (b) and (c) of Section 226.7 of the California Labor Code provide that:

(c) If an employer fails to provide an employee a meal or rest or recovery period in accordance with a state law, including, but not limited to, an applicable statute or applicable regulation, standard, or order of the Industrial Welfare Commission, the Occupational Safety and Health Standards Board, or the Division of Occupational Safety and Health, the employer shall pay the employee one additional hour of pay at the employee’s regular rate of compensation for each workday that the meal or rest or recovery period is not provided.”

Wage Order No. 4 12(A), which is also applicable in this situation, requires that employers must provide a 10-minute paid rest period per every four hours worked and the break should, whenever practicable, fall in the middle of the work period.

Until 2016, it was a point of contentionwhether these requirements applied to periods of time when an employee was on-call, but not actively engaged in performing work duties. In 2016, in Augustus v. ABM Security Services, Inc., however, the Supreme Court of California resolved that question in favor of workers. The principles of that decision are worth revisiting because the challenges clearly continue.


Augustus involved security guards whose responsibilities were to provide “an immediate and correct response to emergency/life safety situations and physical security for the building, its tenants and their employees by observing and reporting all unusual activities.” Even when they were not patrolling sites or responding to emergencies, they were required to keep their radios and pagers on and respond when summoned. Like the operators at the Torrance refinery, they were neither given off-duty breaks, nor paid for the time they should have had them.

In California, “hours worked” for which nonexempt employees must be paid, includes all time during which an employee is “suffered or permitted to work,” regardless of whether the employee is actually doing a task. The touchstone is the employer’s control of the employee’s time.

More CALIFORNIA LABOR LAW News
In Augustus, the Supreme Court ruled that “one cannot square the practice of compelling employees to remain at the ready, tethered by time and policy to particular locations or communications devices, with the requirement to relieve employees of all work duties and employer control during 10-minute rest periods.” The court made clear that the employee must be “free from labor, work, or any other employment-related duties. And employees must not only be relieved of work duties, but also freed from employer control over how they spend their time.”

The Augustus decision seems dispositive of the question in Kendig. This may have a moving factor in the settlement ultimately reached. The legal principle is not new, but Kendig can remind workers, once again, of their right under California labor law to be paid for the hours that they work.