A California labor lawsuit that’s been waged for over three years appears to be on the brink of resolution following a settlement agreement between the defendant, Zales Delaware Inc. and plaintiffs in a class action alleging that employees were stiffed on wages. The lawsuit was originally filed and litigated in federal court in California. 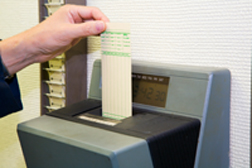 The lead plaintiff in the California labor code class action is Naomi Tapia, a former jewelry consultant for the firm who alleges in her California labor lawsuit that Zales maintains a habit of shaving minutes from time cards in an effort to avoid paying overtime, a violation of California state labor laws. Allegations also included claims of violations to meal and rest break policy.

Tapia filed her California labor employment law class action in July, 2013 seeking to represent upwards of 2,500 current and former employees of Zales who worked at the company over a four year period prior to the filing date of the lawsuit in 2013.

The class was certified in April of last year. However this past July, near the third anniversary of the complaint filing, Zales attempted to have the class action decertified citing a decision from the Ninth Circuit in Corbin v. Time Warner Entertainment that came down the following month. That decision found in favor of the defendant, in that Time Warner’s timeclock system could, in the Court’s view, round time cards to the nearest five, to 15 minutes provided the rounding was undertaken from a position of neutrality.

US District Judge Cynthia Bashant however did not agree and quashed the defendant’s petition. In sum, Bashant noted that it was unclear whether, or not Zales employed the same time-keeping technique and technology that would allow for a comparison with Time Warner and thus, become bound under the decision by the Ninth Circuit. The judge further observed that even if there was a parallel in the time-keeping technique, it was a moot point in that the potential parallel would reflect an issue of liability that had little to do with the existence of the class in the first place.

“The court examined the [class certification] factors, including whether the lawsuit raised common questions of fact or law,” she wrote. “Defendant’s insistence that it is not liable because of its allegedly neutral rounding procedure is itself a common question that can be resolved for all employees in one action.”

More CALIFORNIA LABOR LAW News
The motion to approve a settlement worth $1.8 million was filed with the Court February 17 and went unopposed. Tapia will be in line, provided the settlement achieves final approval, to receive $10,000 as the lead plaintiff, with the remainder split amongst the 2,500 class members once legal fees are paid. It has been reported the average sum received by class members will be about $500 each based on the number of weeks they were employed by the defendant firm.

“After approximately three and a half years of litigation, including motions for summary judgment and adjudication, exchanges and analyses of vast amounts of data and mediation before a highly-experienced mediator…the parties reached a comprehensive stipulation and settlement of class action,” the motion for preliminary approval states with regard to the California employee labor law class action.

The California state labor laws case is Naomi Tapia v. Zale Delaware Inc. et al., Case No. 3:13-cv-01565, in the US District Court for the Southern District of California.