Of the 807 new California labor laws that went into effect on January 1, 2016, it is likely that the Fair Pay Act will keep labor lawyers busy. 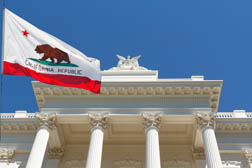 Four important things have changed from the previous law.

1. SB 358 requires equal pay for “substantially similar” and not equal work as it was stipulated previously.
2. The new law extends to different locations run by the same employer/company rather than “the same establishment.”
3. Employers must justify any pay differences between male and female workers doing substantially similar work, rather than the onus falling on employees to prove inequities, which usually meant the worker filing a California labor lawsuit.
4. It is now illegal for employers to bar workers from talking about their pay or their coworkers’ pay if the purpose is to determine wage fairness.

“Sharing salary information can enable employees to uncover wage inequities without fear of recrimination, the bill’s author, Sen. Hannah-Beth Jackson, D-Santa Barbara, told the Sacramento Bee (August 2015). “People have been afraid to ask what their colleagues are making,” she said.
“You can’t challenge what you don’t know.”

Currently there is a pay disparity of 5 to 8 percent between males and females who perform the same work, despite factors like education, experience and seniority being identical. Women in California earn an average of 84 cents for every dollar earned by men, according to data cited in the legislation.

Labor lawyers agree with Governor Jerry Brown, who signed the bill into law in October 2015, that this new statute is “the strongest equal pay law in the nation.” But will it close the wage gap between men and women who perform substantially similar work?

“Substantially similar” could prove to be a “gray area.” The exceptions that employers can cite to allow for differences in pay include seniority, education, and productivity measures that can be tracked by “quantity or quality of production.”

Here are other important new statutes that are in effect this year.

California’s minimum wage increased from $9 per hour to $10, which is the highest minimum in the United States. The federal minimum is $7.25 an hour. The new minimum will affect more than 1.2 million Californians who earn minimum wage. White-collar workers must earn more for employers to exempt them from overtime pay. The new threshold is $3,466 a month, up from $3,120.

If an employee doesn’t get paid what they are owed, SB 588 allows the California Labor Commissioner to slap a lien on the boss’s property to try and recoup the value of the unpaid wages. This was a slimmed-down version of a prior, unsuccessful bill that was pushed by organized labor but repudiated by business interests - the key difference being that the commissioner, not workers, files the liens.

When grocery stores get new owners, AB 359 forbids the firing of grocery store workers for at least 90 days after a new market replaces the one where they worked. During those 90 days, union contracts would be honored. While workers can still be dismissed in that window for performance-related reasons, the labor-backed bill seeks to protect workers from losing their jobs to buyouts or mergers.

California-based professional sports teams must classify cheerleaders as employees rather than as independent contractors, with the accompanying wage and hour protections, under AB 202. Assemblywoman Lorena Gonzalez, D-San Diego, who carried the bill, was a Stanford cheerleader.

More CALIFORNIA LABOR LAW News
The California Labor Commissioner under SB 588 and AB 970 now has the power to collect back wages and penalties from bosses who fail to pay minimum wage and overtime, force employees to work off the clock, refuse to offer meal and rest breaks, or make illegal paycheck deductions.

Employers can now be subject to stop-work orders, levies against their bank accounts and liens against their property. Employers, as well as owners, directors or managing agents acting on behalf of an employer, can be subject to criminal and personal liability. Previously, companies could avoid judgments by changing names. Now successor companies will be deemed liable if they engage in substantially the same work.

For a complete list of laws that are in effect in 2016, see the list from the Los Angeles Times.
READ ABOUT CALIFORNIA LABOR LAW LAWSUITS

Posted by
Mary
on October 24, 2016
My husband just got his first pay. Even though he wanted to receive checks, they put it on a re loadable visa card. Not only that, but they told him that no one gets stubs so he can know what hours he was paid for and how much per hour, how much was every deduction, etc.
I work in payroll for a living and from what I know, this is not legal.
Am I incorrect?

Posted by
heather
on July 1, 2016
My husband is a welder. His employer wants to switch him from hourly to salary so he can work him more than 40 hours a week and not have to pay overtime. Is this legal? Is a welder exempt from overtime? He brings in $600 or less a week. (if that makes a difference)
Posted by
Shirley Barnett
on February 12, 2016
I would like to know if a person only works part time are they entitled to the $10.00 per hour raise? Also several companies in this area will put your name in the computer as part time but you will work full time. an employee isn't entitled to any benefits because of this. Is this lawful?
Posted by
Mike Ornellas
on January 26, 2016
I have a situation in 2015 whereas my employer has taken away 1 weeks vacation time without explanation during their transition between check servicing companies. From my understanding, this is illegal in California and I'm looking for the California code that shows this is an illegal act. What about roll over accrued vacation into the next year? What are the laws in California as I feel I have a case.
Posted by
M Castro
on January 12, 2016
If an employer has given an associate a raise to meet the requirement for the new minimum wage law is there something against it when you are already making the minimum wage requirement and you don't get a pay raise? Center associates are getting $1-2 raises when others who have been working her for years get nothing.
Posted by
Kevin King
on January 10, 2016
I have worked as a pizza delivery driver for the last 1 year and 10 months. I am a part-time employee and typically work 30 hours a week. Recently I have called in to work and requested the day off and requested to use some of the the sick hours that I have accrued. I had already worked 5 days that week and the day I took off would have been the 6th day in a row that I would have worked and I was scheduled a split shift. The following week (which I was scheduled for 5 days) the owner of the business came in and asked me if I was sick on the day I took off. I replied no I wasn't sick, I wanted to take the day off. He then said "oh I'm not happy about that". Now this week he has cut my hours in half and has hired a new driver. I feel this is retaliation for using my sick hours. Is this legal for him to punish me for this? On top of the issue above. There have been several instances probably at least 100 times that I have never been given a break through the duration of 6hr+ Shift. Also no reflection in pay for working through my breaks. No body gets breaks except the 1 guy who specifically just comes in and makes dough. Also the dough treys they serve people food from have black mold growing on several of the treys. Please let me know if I should just grin at this or contact legal further. Thank you.
Posted by
MaleMatters
on January 5, 2016
The Fair Pay Act (SB 358) will join these other failed measures over the last half century:

-The 1963 Equal Pay for Equal Work Act
-Title VII of the 1964 Civil Rights Act
-The 1978 Pregnancy Discrimination Act
-Affirmative action (which has benefited mostly white women, the group most vocal about the wage gap - tinyurl.com/74cooen)
-The 1991 amendments to Title VII
-The 1991 Glass Ceiling Commission created by the Civil Rights Act
-The 1993 Family and Medical Leave Act
-The Age Discrimination in Employment Act
-The Americans with Disability Act (Title I)
-Workplace diversity
-The countless state and local laws and regulations
-The thousands of company mentors for women
-The horde of overseers at the Equal Employment Opportunity Commission
-TV's and movies' last three decades of casting women as thoroughly integrated into the world of work (even in the macho world of spying, James Bond's boss is a woman)
-The National Labor Relations Act
-The Ledbetter Fair Pay Act