Why start small when you can start big? A young attorney from Los Angeles, who has just opened his own firm, has filed three separate class action suits against three very large companies. The cases all involve allegations of unpaid overtime, unpaid meal breaks or rest breaks and a raft of other violations of the California Labor Code affecting retail employees, secretaries, painters, cleaning staff and many other kinds of hourly wage workers. 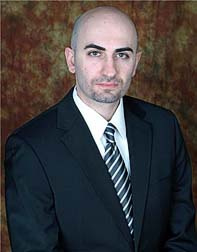 "All of these people have had to put up with a lot from their employers and they just don't want this to happen to other people the way it happened to them," says attorney Edwin Aiwazian.

The complaints, filed in Los Angeles Superior Court allege that Circuit City, Jamison Services and Able Engineering Services had workplace practices that routinely contravened the California Labor Code and violated the rights of their employees, according to Aiwazian.

"Although many of the plaintiffs were members of minority groups, the most important thing they have in common is that they were junior workers who could be easily exploited," says Aiwazian. "Typically, these workers are afraid to assert their rights for fear of retaliation and they are worried that any objections they raise may get them fired or affect their ability to get jobs in the future."

Jamison Services
Jamison Service Inc. is one of Los Angeles' top three commercial property owners. The company has more than 100 buildings with 22 million square feet of office space and is valued at an estimated $3 billion. The owner of Jamison Services is Dr. David Lee is well-known in the Korean-American community for his management style.

According to the documents filed, Dr. Lee's company "operates a corporate culture of stinginess". The lead plaintiff in the case, a Korean-American member of the cleaning staff, reported that her employer routinely expected employees to work without meal breaks or expected them to eat while they worked. Staff was also regularly asked to work overtime but didn't get paid for the extra hours.

Despite repeated warnings that Able Engineering Services was in violation of the California Labor Code, the company also refused to pay workers for overtime. It also refused to reimburse workers for expenses like gas and mileage or even provide them with an accurate, itemized paycheck stub.

More CALIFORNIA LABOR LAW News
The complaint filed by attorney Aiwazian with the California court against the electronics super store Circuit City describes an almost workhouse environment at some of its100 locations across the US. Staffers were regularly required to work well in excess of 40 hours a week without being paid overtime. "These employees were literally worked to the ground--they sometimes were required to work 80 hours a week," says Aiwazian. "They were really suffering."

Handling three separate lawsuits against large corporations is a complicated task. Aiwazian says he's more than ready for the challenge. Before stepping out on his own, Aiwazian was an attorney with Girardi & Keese for almost 5 years. "I worked with some of the most skillful lawyers in the country", Aiwazian says, "and what I learned there I am going to put into practice for the clients I represent in these lawsuits."

Posted by
Brian Ruggiero
on September 15, 2015
I am a former employee from crown technical systems and was inquiring about unpaid wages.