Uber and Lyft, the on-demand car services, may be putting the brakes on their business models due to California labor laws. The companies must convince juries why they shouldn’t offer their drivers minimum wage, reimbursement for expenses and other benefits rather than classify them as independent contractors. 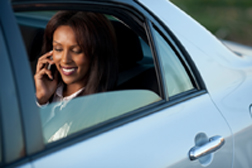 Federal judges on March 11 deemed that Uber and Lyft were not convincing enough in their attempt to classify drivers as contractors instead of employees. U.S. District Judges Edward Chen and Vince Chhabria said that juries will now decide whether the drivers have been misclassified, according to California labor laws.

If the separate California labor law class-action lawsuits against the companies decide that indeed the drivers are employees, Uber and Lyft will need deep pockets to reimburse their drivers for a number of expenses, from gas to insurance. Not to mention unemployment insurance and workers compensation, etc. Most drivers work more than eight hours a day, so there would also be California overtime issues.

Although the lawsuits were filed on behalf of drivers nationwide, judges have only included California drivers - for now. The suits allege several violations of the California labor code and gratuities laws. Plaintiffs’ attorney Shannon Liss-Riordan told the Los Angeles Times (March 12) that “It’s going to mean a lot of things” if a jury decides that the drivers are employees and not contractors. Liss-Riordan argued that, “although drivers knowingly sign up as independent contractors, the class-action lawsuits assert that the drivers are already treated as employees, as shown by the power both Uber and Lyft have over drivers, including the ability to fire them on the spot if they are deemed unworthy.”

More CALIFORNIA LABOR LAW News
In 2013, Uber brought in $210 million in revenue on over $1 billion in rides, according to Gawker. And the company’s CEO, Travis Kalanick, said Uber was growing more than 20 percent per month and that many cities are generating more than $100 million a year. Costs are low: drivers use their own vehicles.

With this tidy profit, you’d think Uber can afford to pay its drivers minimum wage.

On its website, Lyft Inc. says that, once you request a ride in the Lyft app, you will be “picked up by a reliable community driver in minutes.” The same goes for Uber: it promises that a driver can pick you up in minutes. And the company is hiring drivers. It claims that you can earn great money as an independent contractor, be your own boss and get paid in fares for driving on your own schedule. Uber goes so far as to advertise on buses that they will guarantee $5,000 in your first month. Sounds almost too good to be true - and you know where that saying goes…