Bill AB5 is expected to create a crackdown in California’s gig economy, particularly with ride-hailing companies such as Uber and Lyft, which have joined forces to oppose the bill.

Uber and Lyft have become wildly successful, mainly due to classifying their drivers as independent contractors rather than employees, but misclassification is a violation of the California labor law and should the state Senate pass Bill AB5, the gig might be up for them and many other companies whose workers may be re-classified as employees. 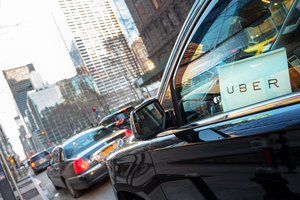 The Case for Uber and Lyft


Uber and Lyft have been quietly lobbying to help weaken AB5, and now they have joined forces in an attempt to also enlist drivers. But their latest strategy may have back-fired.

In an op-ed published June 12 in the San Francisco Chronicle, Uber CEO Dara Khosrowshahi and Lyft co-founders Logan Green and John Zimmer attempted to make the case that drivers would no longer have the flexibility to make their own schedules if they become employees. They promise to set a minimum pay rate for drivers while they’re picking up and dropping off passengers, create a company-backed fund for benefits like paid time off; and establish an association for drivers to advocate for further improvements, according to Vox.com.

“Some have proposed turning independent workers into employees in the belief that this would solve their challenge, they wrote. “But reclassification misses two important points: First, most drivers prefer freedom and flexibility to the forced schedules and rigid hourly shifts of traditional employment; and second, many drivers are supplementing income from other work…It’s also no secret that a change to the employment classification of ride-share drivers would pose a risk to our businesses. But it’s equally true that the status quo can and should be improved,” they penned.

Companies like Uber and Lyft are very worried. If the bill is passed, ride-hail drivers would probably fail the ABC test. “Once these laws change these companies are going to be hit hard, and have to pay out to drivers,” Konstantine Anthony, an Uber driver and Mobile Workers Alliance organizer told the San Francisco Chronicle.

The op-ed piece links to a National Bureau of Economic Research working paper claiming that flexibility allows driver to earn more as independent contractors than they would as employees in other jobs. Interestingly, tow of the four authors are current or former Uber employees. But most for-hire drives seem to support AB5 because it offers wage protections that don’t currently apply.

More CALIFORNIA LABOR LAW News
For instance, Al Aloudi, a driver from San Francisco, showed Mission Local (June 18) his Uber app: he had made 63.61 on a recent day driving in San Francisco when his app was activated for 7.5 hours, meaning he made about $8.50 per hour. “With AB5, I can have minimum wage for that,” said Aloudi. If he had been considered an employee, Aloudi would have to be paid San Francisco’s minimum wage of $15 an hour. That comes out to $112.50 for that day of work — nearly twice as much.

If companies such as Uber and Lyft are required to classify drivers as employees, they will incur huge expenses, and it will also level the playing field for taxi companies. And no doubt the public will no longer get cheaper rides. Countless people will be affected by the California Senate’s vote at the end of this summer.