A former FedEx driver’s lawsuit alleging he was misclassified has reached a settlement, a few days after his class action proposal was dismissed by a California federal judge. 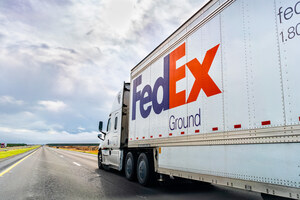 
Corley originally filed the misclassification lawsuit in early 2019 in state court and FedEx removed the suit to federal court a few months later. Corley argued that he and other linehaul drivers were employees under California law and that FedEx had classified them as independent contractors. According to court documents, Corley described the misclassification as "illegal and oppressive conduct" that left the linehaul truck drivers in a "financially precarious position,” because they weren't entitled to several legal protections and benefits, including minimum wage, overtime pay and paid sick time.

Because they were misclassified, Corley said that FedEx didn't reimburse drivers for business-related expenses, didn't pay them time and a half their regular rate of pay when they worked more than 40 hours per week and didn’t provide them with meal and rest breaks.

Corley alleged FedEx violated Wage Order 9 of the California Industrial Welfare Commission and California Labor Code section 3357, which provides that "[a]ny person rendering service for another, other than as an independent contractor, or unless expressly excluded herein, is presumed to be an employee." The statutory presumption section 3357 provides is limited to the context of workers' compensation claims, but it embodies the general presumption of employment that arises under California law when a person performs work or labor for another, Dynamex Operations W. v. Superior Court, 4 Cal. 5th 903, 955-56 (2018).


Corley, and then his company, were Transportation Service Providers for FedEx from 2008 to 2017. According to court documents, the agreement between Corley and FedEx was governed by a Linehaul Contractor Operating Agreement. In 2011, the Parties entered into an amended Operating Agreement under which K Corley Trucking Inc. ("K Corley") was substituted in as the contracting entity. At first, Corley was K Corley's sole employee, but he grew the business to four employees. Corley mainly managed the company’s employee-drivers, and Corley himself would drive only if a K Corley employee did not arrive for their shift.


Corley’s request to certify a class was denied last June by U.S. District Judge Otis D. Wright II, saying that the firms FedEx contracted were too diverse to be part of the same group.

Judge Wright determined that Corley did not exhibit that California’s Labor Code protected trucking firms contracted by FedEx, which range from solo operators to firms with hundreds of employees. He said that “A declaration that FedEx’s current and future conduct violates California law would not have any effect on Corley, as Corley no longer works for FedEx…Corley cannot show that putative class members’ classification continues to affect his present interest.”

A FedEx spokesperson told Law360 that, "This case has been resolved, and the court's prior decision denying class certification affirmed our position that each service provider company retains sole discretion over discipline, hiring, firing, compensation, benefits, scheduling, leave and vacation policies, vehicle purchases, and assignment of drivers to routes or trucks."

More CALIFORNIA LABOR LAW News
But in 2014, a California case, Alexander v. FedEx Ground Package System, Inc., was a class action involving approximately 2,300 individuals who provided delivery services to FedEx Ground on a full-time basis in California. It concluded that by virtue of the FedEx standard agreement and its policies and procedures, the drivers were employees and not independent contractors under both California and Oregon law,” wrote Reibstein. In June 2015 FedEx settled the California case for $228 million. And in October 2016, due to FedEx misclassifying independent contractors, paid close to $500 million over the past year alone because it neglected to “draft in a valid manner its IC agreement and internal policies governing Ground Division drivers.”

Although a few courts and administrative agencies found that the company complied with IC laws, JDSupra wrote that “FedEx was found to have violated state IC laws in large part because the very contract it drafted for drivers needlessly included clauses that retained the right to direct and control them – enough control for two federal appellate courts to conclude that FedEx Ground had misclassified the drivers as a matter of law.”
READ ABOUT CALIFORNIA LABOR LAW LAWSUITS