Because Janet Glenn was hired as a salaried manager for the retailer Anne Taylor, she understood that she was exempt from overtime. That was 20 years ago. If she was working in those same conditions today, the company would be violating the California Labor Law.

First of all, Glenn was not exempt and therefore entitled to overtime. The law states that to be exempt, "you must direct the work of at least two subordinates in your department". In 1991, Glenn was promoted to store manager and there was supposed to be three managers on staff at any given time.

"Most of the time there was only two of us and we couldn't leave, not even for a break or lunch," says Glenn. "We ended up working many six-day weeks, from 8am to 11pm, especially during the holidays." She didn't receive any compensation for overtime and there was no offer of a break. "It was even difficult to get to the bathroom." 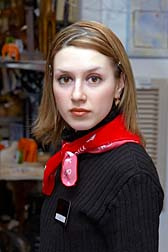 "For the first time in months, I had three days off in a row, but I had to cut it short and come home after two days. My boss called me back; I had to get the stock room painted before the regional manager arrived. Not only did I get it painted and cleaned up, I even paid for it out-of -pocket. He didn't even show up.

"Incidents like that were not uncommon. They put you in this mindset that is surreal. I am a bright woman and I now run my own retail business. It makes me wonder: at that time I was paid $29,000 per year—how could I have done that? Although it was my dream to manage an Anne Taylor store, it was killing me physically. I was only 41 and my doctor advised me to walk away. Otherwise I would have a nervous breakdown.

I was really under a lot of pressure. The hours were grueling. And why work so hard for that kind of salary? When I was hired, I was told that I would always have two assistants; and I wouldn't have to work 12 hour days. But I had to be on the floor, all the time."

This is where a second labor law violation occurs: to be exempt, you must
1. Manage the entire enterprise in which you work or a customarily recognized department or subdivision.
2. Direct the work of at least two subordinates in your department.
3. Have authority to hire or fire - directly or indirectly.
4. Exercise independent business judgment.

Spend more than 50 percent of your time doing the above.

But Glenn was out on the floor, all the time.

"It was such an ugly atmosphere to be in," she says. "On the one hand I loved it (I am still in retail) but on the other hand, common sense says this kind of job is too brutal for anyone. If the compensation was there, it would have been easier to take.

I waited until my daughter was in college before taking this job but it was still very hard on my family and it's a miracle I am still married. I talk to people at other retail stores and their managers aren't working 15-hour days. Because of several class actions that are now in court, I don't think they can work much more than 40 hours a week.

An attorney told me there are lots of lawsuits now pertaining to retail. My time with Ann Taylor happened 20 years ago and I don't expect anything from this personally (although it would be lovely) but I would love to see labor laws regarding retail change. We called ourselves "Silicone Valley Slavegirls"!

More News
One day I woke up and said to myself, I can't do this anymore. I'm not a quitter but it just wasn't worth it. I work hard now, especially during the holidays, but I hire enough staff so that none of us compromise our health or happiness."

California Labor Laws protect the rights of California employees to receive overtime pay for working more than 8 hours in a day or 40 hours in a week. You can still be entitled to overtime even if you are in management and paid by salary and even if you supervise other people.

In Glenn's case, even though she supervised two people, she didn't spend 50 percent of her time supervising them. More than likely, she would be considered a "working foreman/forewoman" and would be entitled to overtime.