California Labor Law: "Respect the People Who Work for You"

Often when people think of [labor disputes], they think of people working in low-paying positions. They do not consider that employers in higher paying companies will mistreat their employees. However, that is not the case. Even employees with prestigious jobs are vulnerable to mistreatment by their employers. They are also protected by California Labor Law.

Francis Mohr (not her real name) was hired as the opening chef of a California restaurant. She says that she signed a contract with her employers, who would also become her business partners, in December 2006. Mohr, who also invested $25,000 in the restaurant, became immediately involved in the process of opening the new restaurant. 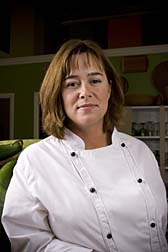 "I don't know if you're familiar with opening a restaurant," Mohr says. "It takes a lot. I had to hire people and write menus before the restaurant opened." Despite all her efforts prior to opening the restaurant, Mohr was not paid for her work until April 20, 2007 and even then, she was only paid for hours worked in April, not all the hours she put in helping to open the restaurant from the time her contract was signed in December.

Mohr says that right away she began to notice problems with the restaurant's owner. "I did not get along with the owner because there was a lot going on that I did not agree with," Mohr says. "I'm the type of person who doesn't close her eyes and say 'It's not about me.' I have to speak out."

More News
Because of her problems with the restaurant's owner, Mohr and the owner came to an agreement that she would leave the restaurant and her investment would be bought out. Although the situation was not ideal, Mohr agreed to it. But she says it is what happened next that really bothered her. Mohr says the restaurant owner started telling people that she was fired from her position rather than saying they had reached a mutual decision for her to leave.

Mohr says the way her employer treated other employees was unacceptable. "The owner was very loud about firing people for incompetence and would make fun of the restaurant manager," she says. "They were not respectful at all. I don't stand for that." According to Mohr the owner posted the managerial position before the manager had even been fired.

"I don't want to harm anybody but people need to stand up and do the right thing," Mohr says. "I think sometimes in a new job if we let people treat us and do things that are not proper we enable them to get away with it. I'm not afraid to walk away to stand up for rights. You have to respect the people who work for you. That's who I am as a person."