Ron Green has researched the California labor law and has a few issues with his former employer. The amount of money owed him in overtime isn't the main point, Ron explains. "It's the way this company treats its employees and that is why I want to pursue this [lawsuit]," he says.

For the past four years, Ron (not his real name) and his wife were hosts at a campground in Lake Tahoe. For three of those years, they worked the campground 24/7, with the understanding that they would be paid 40 hours per week and they would have to take separate days off. But this September, they were informed that their hours would be dropped to 30 hours a week and they would still have to take separate days off.

"We said no way," says Ron. "We agreed to work 30 hours, but wanted the same days off and to onlywork 30 hours, and then we would be done for the week. Our direct supervisor said that won't work and he will have our final checks on Wednesday. That was Sunday morning at 9.30 am. 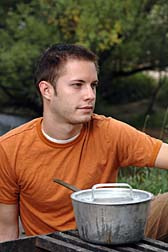 When my wife and I were fired, we had no intention of staying so we packed up a truckload of our belongings and brought them home to Yerington. On Sunday night around 9.30 pm the supervisor called and wanted to know where we were! We 'politely' told him that he fired us and it was none of his damn business where we were. He said a few other comments including, 'You're not on my good side which is bad.'

We called him back and he hung up again—he is confrontational and unprofessional, to say the least. We drove back to Lake Tahoe on Monday and picked up the rest of our belongings, got our trailer ready to pull out of the campground and my wife contacted our operations manager (the boss of the supervisor). We agreed to meet with him on Tuesday and give everything back—our uniforms, cash-outs etc.

On Tuesday we turned over all their property and asked him where our checks were—he didn't have them. I reminded him of the law.

California law says that if you discharge an employee, you must pay immediately (section 201 of the labor code). We got the checks on Thursday.

The other half of the story...

The Forest Service and CLM have an official plan regarding how to operate the campground. It specifically states that the hosts have a 13-hour per day job. We were instructed to punch in eight hours per day on our time cards: 8-12 and 1-5 every day. Here is the catch: from their standpoint, between the two of us we could cover the campground in those 13 hours without overtime, three days per week. The other two days, we worked 4 hours of overtime—each. We were never paid overtime, with the exception of two events this summer. I calculate they owe my wife 104 hours of overtime and they owe me 100 hours; and that is just for this year.

The operations manager said he didn't authorize any overtime. California law says overtime must be paid if worked, whether authorized or not.

And we aren't alone. Many employees who worked in other campgrounds run by the same company worked 8 hour days without a break. When they wanted to go to the bathroom, it was 'hurry up and get back right away'.

More News
I sent the company a letter demanding three days of back pay for not getting our checks in time. Then I demanded our overtime and quoted their operations plan (we have to open at 8am and close at 9.30 pm). We fulfilled our obligations with this operations plan for the entire four years we worked. I haven't heard back from the company—I know they aren't going to be happy with my letter.

I used to be a business consultant and one thing I noticed in many companies was lack of employee management. This company is notorious--most of us are seasonal workers but the way they treat their employees, one of these days it's going to turn around and bite them.

That is why I want to pursue a lawsuit-- you might say I am a stickler on principal. They really don't want a labor board audit on their hands."