Employees in California are often unsure about labor laws that protect them and their employment. The laws can be complex and difficult to understand, especially given the broad range of circumstances that each individual situation involves. Making matters more complex are issues that involve disability claims, like the situation Lisa H. is dealing with now.

Lisa began working for Pacific Bell (now AT&T) in January 1990. She says that she has suffered a few work related injuries including Carpal Tunnel Syndrome, Fibromyalgia and head contusions since she began working for the company. She took a few doctor ordered absences to deal with those injuries and says that she had no problems with the absences, or with her employer, until around 2006. In fact, up until 2006, her company had accepted her work related injuries, and absences, as legitimate. 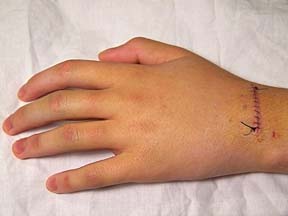 "In 2005 when I had an injury, I went to see two doctors and they gave me some restrictions for work in their reports. However, the company took those restrictions and flipped them around. AT&T reclassified me as a part time employee, when I had previously been full time. They didn't have the authorization to do that. They also took unauthorized medical payments out of my check--$120 a month. They cut my benefits in half and my vacation entitlement was denied and cut in half."

Lisa tried to get her full time classification back but was told that, based on the restrictions in her doctors' letter she had to remain a part time employee. "But that is not what the doctors' restriction stated," Lisa says. "The doctors only stated that I could spend no more than 25 percent of my work time keying [typing]. There was nothing about how many hours I could work. I even got a note from my doctor giving me permission to go back to work full time and the company refused me—they said I had to stay part time."

Finally, after a while working part time, Lisa took matters into her own hands and reported to work at 7:30 AM, the time she normally reported to work when she was a full time employee. She says she was called into a manager's office and threatened with disciplinary action if she did not go home by 11:30 AM. She did not follow orders and was finally given full time classification. However, her fifteen minute break, an accommodation the company had previously agreed to, was denied.

Lisa continued to have problems with supervisors regarding her absences. "The thing is, the company never provided documentation to prove that what they were saying was correct. They argued that workers' compensation denied my absence but never produced the forms that prove workers' compensation said that. I was just supposed to take their word for it."

Things continued to get worse until one day, after 17 years at Pacific Bell/AT&T, Lisa was fired. She lost her job because of an absence she says was caused by a work related injury.

More News
"I had a bump to my head on January 9, 2007," Lisa says. "I was sent to a company doctor who took me off work immediately, for five days, because of the injury. I had a doctor who was treating me for another head injury [also work related, and accepted by the company] and sent me to a psychologist. The psychologist also took me off work for my work related injury. A while later, I received a letter stating that my disability was not approved. The company put me on a leave of absence until June 16, 2007 and I was told if I did not return to work, I would be fired. I ignored my doctor's orders and returned to work. I showed up at 2:30 and sat there for two hours until I was told that my employment was being terminated because my absence was not protected under workers compensation."

Lisa is fighting her termination. She is in the process of filing a lawsuit to regain her employment with AT&T. In the meantime, she must find a way to pay her bills and cover her medical expenses, expenses incurred because of injuries sustained at work.

If you believe your employer has violated California Labor Law, contact a lawyer to discuss your legal options.