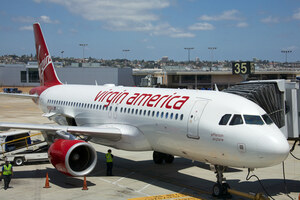 For the past several months Virgin America and the flight attendants argued over an appellate panel making the right or wrong decision in finding that airlines won't be financially affected if they follow California rest and meal break laws.

It all started back in 2015, when flight attendant Julia Bernstein brought a proposed class action to California state court on behalf of herself and other flight attendants. Later that year Virgin removed the lawsuit to federal court and Bernstein added Alaska Airlines when Virgin bought it.

Bernstein argued that Virgin violated California labor laws by failing to provide meal and rest breaks and accurate wage statements, to pay waiting time penalties, minimum wage and overtime, and to pay for every hour worked. Three years later, a California federal district court granted the flight attendants' bid for summary judgment, which resulted in a $77 million award. Virgin appealed in 2019, on the grounds that California's labor laws trample on interstate commerce and are preempted by the Federal Aviation Act, which established aviation safety rules, and the Airline Deregulation Act, which bars states from regulating the "price, route or service of an air carrier.

In February 2021 the Ninth Circuit held that California's meal and rest break regulations don't interfere with federal aviation safety regulations and, therefore, still apply to flight attendants, even those mostly working out of state. The 2021 appeals court ruling held that California-based flight crews are covered by the state’s requirement that workers be free from all job duties for 10 minutes every four hours and for a 30-minute meal break every five hours, even during flights.

“The full Ninth Circuit in July declined to rehear the case en banc, prompting Virgin America Inc. to petition the U.S. Supreme Court for review in August. The justices in November asked the U.S. solicitor general to weigh in with the government's views on the preemption question. Virgin and parent company Alaska Airlines Inc. contend there would be substantial compliance headaches for airlines flying in and out of California if the Ninth Circuit's ruling is allowed to stand. Notably, they say the Ninth Circuit crafted a stringent and categorical "binds to" test that flouts Supreme Court and other circuit court precedent, according to its certiorari petition. Virgin has maintained that the panel "turned a blind eye to the disruption that will result from allowing states to impose their own break rules on flight crews." Airplanes cannot lawfully operate while flight attendants are taking "off duty" breaks and imposing such breaks under state law will cause massive delays by forcing planes to circle in the air or idle on runways as they wait for mandatory break periods to end, which would create air traffic chaos, Virgin has said.”


On May 24th the Biden Administration urged the U.S. Supreme Court to uphold California’s meal and rest break law, which would give more rest and meal breaks than airline crews are guaranteed under federal rules. The U.S. solicitor general and other administration officials said in a filing, and reported by the Associated Press, that California's law is not pre-empted by the Federal Aviation Administration's authority to regulate airline safety.

The airline industry believes this ruling – the California law—would cause airlines to reduce flights and raise fares. “Airlines would have to release California-based flight crews from all job duties — even during flights — for 10 minutes every four hours, a 30-minute meal break every five hours, and another meal break after 10 hours,” reported ABCNews.

According to a study by Canadian consulting firm InterVistas, to comply with the California labor law, airlines would need additional pilots and flight attendants. They might also make more frequent stops on flights using California-based flight crews. Depending on the approach, the changes would cost the industry between $3.5 billion and $8.5 billion a year.


That is the million-dollar question. Currently, FAA rules set a maximum work day of 14 hours for flight attendants during which they can take meal breaks but must remain on duty. That saves airlines the cost of adding flight attendants to cover for those who are off-duty.