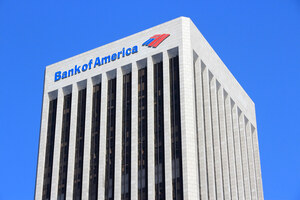 On behalf of himself and other Operations Managers, Miguel Mendoza filed the current case against BofA in California State Court in March 2019, which was then moved to federal court. Mendoza claims BofA operations managers had to work five hours or more without meal and rest breaks, which is a violation of the California labor code. Often during breaks Mendoza says operations managers had to help bankers and tellers and answer customer inquiries without reimbursement. As well, employees were not paid for having to use their own cellphones for work issues.

Teller Andrea Harrison filed similar accusations in 2018. In her lawsuit Harrison claims tellers had to fire up their computers and programs before clocking in and same went for winding down after clocking out. Both pre- and post-shift work totaled more than 30 minutes per day. And like Operations Managers, tellers also had to work through meal and rest breaks, but the bank made them record on their time sheets that they took breaks – a California labor law.


The three California cases are:

The employees also asked the court to join the three separate cases against the banking giant and to conditionally certify their class consisting of current and former Bank of America California tellers to “avoid endless litigation,” reported Law360. BofA California tellers were the first (October 2014) to accuse the bank of making them work off-the-clock, specifically before and after shifts and during breaks without pay, and failing to reimburse business expenses. Operations managers followed in March 2015 with similar allegations and personal bankers were third to file a lawsuit in federal court in March 2016.

The bank and employees reached the proposed settlement in December 2020, according to court documents. Proposed class members and BofA employees would get about $460 before deductions.

More CALIFORNIA LABOR LAW News
Meanwhile, Thomas K. Montag, BofA’s No. 2 executive and second-most-powerful person at the bank, according to the New York Times (May 14, 2021), was compensated $19 million last year. Montag was in the news because he pressured employees to show up at the office and disregard stay-at-home orders during the pandemic – all to make more money for the bank. “Some of Mr. Montag’s workers grew fearful that if they didn’t go into the office, they would lose their jobs or their bonuses,” reported the NYT.


BofA is a repeat offender. Multiple class action lawsuits filed before 2010 claimed the bank failed to pay overtime and violated other wage and hour laws to non-exempt (hourly) employees working at retail banking centers and in certain call centers. The cases were consolidated in 2010 as In re: Bank of America Wage and Hour Employment Litigation in Kansas federal court and the bank settled for $73 million but denied the allegations.