According to the National Labor Relations Board, Starbucks has violated the law by failing to offer wage increases and some benefits to unionized workers.

The Seattle office of the National Labor Relations Board in August filed a labor law complaint against Starbucks for failing to offer wage increases and some benefits to unionized workers. The company says it cannot give its new financial savings perks to staff at about 300 stores that have “union activity”. A similar scenario may well play out for the California workers who voted to unionize (see below). 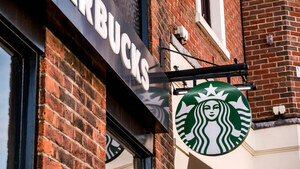 A regional office of the National Labor Relations Board (NLRB ) filed the complaint based on Workers United, the union trying to organize Starbucks’ 9,000 company-owned U.S. stores, which alleges unfair labor practices. (More than 220 U.S. Starbucks stores have voted to unionize since late 2021.) Starbucks argues that “Wages and benefits are mandatory subjects of the collective bargaining process,” and it rejects the union’s argument that it could offer the wage and benefit enhancements to unionized stores at any time.


Non-union companies offering enhanced wages and benefits to its workers in order to pre-empt labor organization isn’t new. “Back in the 1950s, non-union companies rapidly expanded wages and benefits to match the unionized auto industry,” Dan Cornfield, a professor of sociology and political science at Vanderbilt University who has studied labor unions, told AP. “It’s a very powerful strategy, and it works to the extent that the main concerns of the workers are wages and benefits,” Cornfield said. “But once the concerns of non-union workers enter the realm of non-economic issues, like justice and respect, it becomes a bit more challenging for a large corporation to try to pre-empt the union.”

And the National Labor Relations Board-- as recently as 2019 --ruled that employers are free to treat union and non-union employees differently, but only if the employer doesn’t have an anti-union motive for doing so.

One Starbucks barista said in a statement distributed by Workers United that the company shouldn’t have denied raises at a time of skyrocketing inflation. “I look forward to the day Howard Schultz [Starbucks CEO] must apologize to us for violating our rights and provide the benefits he so callously denied us,” Maggie Carter said.


Lakewood and Long Beach Starbucks staff likely won’t be offered these financial benefits: these locations were first in Southern California to vote to unionize. In May 2022 employees at a Starbucks in Lakewood voted 24-1 to join Starbucks Workers United, closely followed by employees at two other stores in Santa Cruz, reported the Press-Telegram. “Workers are waking up and saying we are the ones who make the money for the company, nobody else,” a Lakewood organizer told the Los Angeles Times. And in April, Long Beach Mayor Robert Garcia stopped by the Starbucks on 7th Street to offer some encouragement to the staff. His grande coffee frappuccino was labeled “Union Strong.”

More CALIFORNIA LABOR LAW News
In a statement published by LAist, Starbucks said that the company believes they work better with local stores "as partners, without a union in between, and that conviction has not changed."


The NLRB claims that Starbucks’ action violates laws that prohibit interfering with employees’ right to form a union. The complaint seeks back pay for affected employees and requires CEO Schultz to hold an employee meeting and a read a statement explaining workers’ right to organize.

According to the court documents, unless Starbucks and the union reach a settlement, the complaint will be considered by an NLRB administrative law judge at a hearing set for Oct. 25. Once a decision is reached, either side can appeal to the full National Labor Relations Board in Washington.
READ ABOUT CALIFORNIA LABOR LAW LAWSUITS