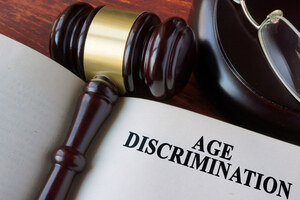 But perhaps the most troubling questions concern Facebook’s role in facilitating age discrimination based on algorithms that permit employers to target specific age groups. That, in turn, may implicate other employers who advertise job opportunities via Facebook including Amazon.com, Cox Communications, Capital One, IKEA, Sleep Number Corp., Weichert Realtors, Enterprise Rent-a-Car, and Verizon, among many others.

Lots of opportunity – just not for older workers


After working at a call center for twenty years, Linda Bradley, who was 45 at the time the lawsuit commenced, was laid off. She reportedly turned to Facebook, but did not see much, which was odd since her daughter, who was 26, found something right away. She began to suspect age discrimination when someone at her union, the Communications Workers of America, told her that recruiters often target online ads at younger candidates.

The employment ads were there, but she was excluded from seeing them. Those able to view the T-Mobile advertisement were directed to a “Why am I Seeing This Ad” pop-up that said, “T-Mobile ‘wants to reach people ages 18 to 38 who live or were recently in the United States,’” or some variation of that phrase that also indicated an age preference.

Are disparate recruiting practices a violation of ADEA?


The ADEA bars age discrimination in employment against people who are 40 or older. Whether the law covers disparate treatment in recruiting is a not clear. In 2019, the Supreme Court declined to review Kleber v. CareFusion Corp., a Seventh Circuit decision that held that it was not age discrimination under ADEA to require external job applicants to have no more than a certain number of years of experience. Other circuit courts and the EEOC have taken the contrary position.

All agree, however, that an employer who makes a statement that indicates discriminatory intent (“She’s too old for the job”) is in violation of ADEA. The “Why am I Seeing This Ad” pop-up, according to the Complaint, was a statement of discriminatory intent.
California’s Fair Employment and Housing Act (FEHA) , it should be noted, explicitly protects individuals age 40 and older from discrimination in hiring, including advertisements, applications, screening, and interviews.

Facebook’s role in all this


The ability to allow advertisers to micro-target their message is a key element of Facebook’s business model. This is fine if the product in question is shoes or soap. It becomes legally problematic, however, where the subject of the advertising is housing, public accommodations or employment, which are regulated by specific anti-discrimination statutes.

On its face, the ADEA assigns liability only to employers or employment agencies, like recruiters and advertising firms. That would seem to exclude Facebook except in jurisdictions, like California, which also make it unlawful to “aid, abet, incite, compel or coerce the doing” of discriminatory acts proscribed by the statute.

More CALIFORNIA LABOR LAW News
Facebook has run into this issue before. In August 2019, the company reached a settlement agreement with civil rights groups that had accused it of allowing advertisers to unlawfully discriminate against minorities, women, and the elderly by using the platform’s ad-targeting technology to exclude them from seeing advertisements for housing, jobs, and credit. No such negotiations appear to be on the horizon for Bradley, however, which has been stalled in the pleading stage for three years.


Even if Bradley is ultimately dismissed, the legal issues underlying the lawsuit suggest that the Facebook recruiting practices of many nationwide employers are worth another look. The key issue may turn out to be whether the employers or Facebook are liable for discriminatory conduct, and as always, it is important to choose the jurisdiction for the lawsuit carefully.