Does California labor law apply on the Outer Continental Shelf?

Ardent Companies, Inc., an ExxonMobil subcontractor, has agreed to pay $2,325,000 to settle a proposed class action lawsuit alleging that oil platform workers were not paid for on-call time after their daily shifts had ended. Settlement of the California labor lawsuit will net each of the proposed class members an average of $14,828. 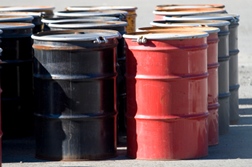 One of the issues that the settlement in Orozco v. Ardent Companies Inc. appears to leave unresolved is whether federal or California law covers employees who work on oil platforms anchored to the seabed, outside the territorial boundaries of the state.


Edgar Orzoco and other electricians employed by Ardent were hourly workers who provided services on oil drilling platforms off the California coast. They work in multi-day shifts, or “hitches.” Workers began and ended their hitches on land in California, traveling to and from the platform by boat or helicopter. They were required to use the transportation provided by Ardent and could not realistically leave the platform during the multi-day hitch.

Employees worked in 12-hour segments of time, but were on-call even during their 12 hours off. Ardent allegedly failed to pay them for 12 hours not actively at work, the time spent on land in California or in transit to and from the platform. The result, according to the Complaint, is that workers were not paid in accordance with minimum wage and overtime rules, nor did they receive mandated rest and meal breaks.


The federal Fair Labor Standards Act (FLSA) sets a minimum wage of $7.25 per hour. Overtime must be compensated at a rate of at least one and one-half times the employee’s regular rate of pay for each hour worked in a workweek in excess of 40 hours.

FLSA defines “hours worked” to include all time an employee must be on duty, or on the employer’s premises or at any other prescribed place of work, from the beginning of the first principal activity of the work day to the end of the last principal work activity of the workday. FLSA does not require meal or rest periods or premium pay.


California labor law, on the other hand, defines hours worked as “the time during which an employee is subject to the control of an employer, and includes all the time the employee is suffered or permitted to work, whether or not required to do so.” An employee who is subject to an employer’s control or cannot leave the workplace does not have to be working during that time to be entitled to compensation. This includes time spent asleep.

California labor law also requires payment of overtime premium pay for all hours in excess of eight in one day or 40 hours in one week and double time premium for hours worked thereafter. This is in addition to paid rest and meal breaks for those who work beyond a certain minimum number of hours per day. The minimum wage and consequently the overtime rate was also higher under California minimum wage laws during the years in question.

A higher rate of pay times a greater number of hours counted as worked yields a significant sum of unpaid wages. The question of whether federal or California labor law applies to this set of facts is thus very important because California labor law provides much broader wage protections than federal law.


Although the Complaint argues forcefully that California law should apply to offshore workers, the situation is not entirely clear, and there is a difference in holdings between the Fifth and Ninth Circuits. The issue will be addressed by the US Supreme Court during the 2019 term.

More CALIFORNIA LABOR LAW News
Parker Drilling Management Services, Ltd v. Newton is set for oral argument on April 26, 2019 and will explicitly consider whether, under the Outer Continental Shelf Lands Act, California or federal law should be applied. The fact that the issue is still unresolved is likely a factor in the willingness of both sides in Orzoco to accept a settlement.

The dispute also highlights, once more, the great disparity in wage and hour protections afforded under federal and California laws. The Supreme Court’s decision may also ultimately be important for oil platform workers with respect to health and safety protections of state law.