A California labor lawsuit that alleged Apple did not properly provide meal and rest breaks and did not pay employees in a timely manner has resulted in a $2 million award to employees. The lawsuit was originally filed in 2011 by employees who worked at Apple retail stores in San Diego and was later changed to a class action lawsuit including California employees who worked at Apple retail stores from 2007 and 2012. 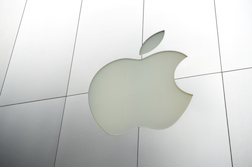 The jury agreed with Apple employees, finding that they should have received proper meal breaks and awarding them $2 million.

Additionally, plaintiffs alleged they were not paid in a timely manner when their employment with Apple was terminated. One employee, Ryan Goldman, was reportedly terminated from his position on January 11, 2011, but did not receive a final paycheck until almost a month later, on February 7, 2011.

More CALIFORNIA LABOR LAW News
"The majority, if not all, of Apple's employment policies, make it clear that Plaintiffs are not allowed to discuss Apple's working conditions," the suit claimed. By prohibiting employees from discussing Apple or it's policies, Apple was able to "invoke fear into the class members that if they so much as discuss the various labor policies, they run the risk of being fired, sued, or disciplined."

According to reports, around 21,000 workers were included in the lawsuit, meaning the amount per worker would be small. But a bench trial could determine whether people who worked at Apple's corporate offices and were not exempt from breaks are similarly eligible for an award.

Under California labor law, employees are entitled to a thirty-minute unpaid meal period when they work more than five hours in a shift and a 10-minute paid rest period for every four hours worked or major portion of four hours.