California “last mile” delivery drivers, who are often hired as independent contractors, may have the right to file lawsuits for overtime, minimum wage and other California labor law violations. In a recent Ninth Circuit decision, Rittman v. Amazon, the court held that an Amazon Flex driver was not bound by the terms of an arbitration agreement he had signed. Even though his tasks never led him across state lines, he was exempt from the Federal Arbitration Act’s (FAA) enforcement provisions as a transportation worker engaged in interstate commerce. 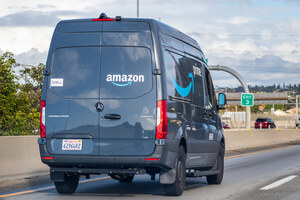 At first glance, the decision appears to affect only a small segment of the gig workforce. FedEx and UPS have dominated this commercial sphere for years. Nonetheless, even in the world before Covid-19, last mile delivery start-ups were generating considerable interest. Walmart has experimented with Spark Delivery, its own app-based last mile delivery service. Where there are app-based startups, there are likely wage and hour violations. Post Mates, DoorDash – how many of these may fall within the Ninth Circuit’s newly minted exception?


Raef Lawson, one of four named plaintiffs in the lawsuit, agreed to all of Amazon’s Terms of Service when he signed up to work as a delivery provider for Amazon’s app-based delivery program, Amazon Flex (AmFlex). AmFlex delivery workers typically deliver packages over short distances in metropolitan areas. They use private vehicles, public transportation and even bicycles.
It is a very cost-effective arrangement for the retail giant. It can also mean that delivery workers make far less than the legally-required minimum wage.

Section 11 of the Terms of Service includes an agreement to resolve all disputes with Amazon through arbitration and waive any right to collective or class-action. Class action lawsuits are, in fact, one of the few effective ways California workers have to seek redress of wage and other employment disputes.

In 2017, the Rittman Complaint was amended to allege that Amazon had violated the federal Fair Labor Standards Act, the California Labor Code, and Washington and Seattle municipal wage and hour laws. The lawsuit sought to bring the FLSA claims as a nationwide collective action and their state claims as state-wide class actions.

The trial court denied Amazon’s motion to force Lawson to arbitrate, and Amazon appealed to the Ninth Circuit. The Ninth Circuit focused its opinion on the very narrow question of whether last mile delivery workers are engaged in interstate commerce, even when they never cross state lines.


At the heart of the situation is the nearly insurmountable hurdle that mandatory arbitration creates for class-action wage and hour lawsuits. The already-difficult situation for workers was made worse by the Supreme Court’s 2017 decision in Epic Systems Corp. v. Lewis.

Epic held that arbitration agreements required as a mandatory condition of employment do not violate the National Labor Relations Act. The decision strengthened the hand of employers who require employees to give up their right to bring class-action lawsuits against their employer. Worker advocates reacted in outrage. One commentator wrote that the “Supreme Court’s conservative majority continued its drive to narrow protection for employee rights.”

Since then, as arbitration clauses proliferated, plaintiffs’ lawyers have scrambled to find exceptions, workarounds and alternate remedies that might still preserve some areas of wage and hour protection. The exception carved out by the court in Rittman focuses on the language of one particular contract, but it may turn out to have larger application.

Federal law, Washington law or nothing?

The Ninth Circuit determined, in accordance with relevant case law, that last mile delivery workers were transportation workers “engaged in interstate commerce” even when they made only local, entirely intra-state deliveries.

The FAA generally provides that arbitration agreements should be viewed as valid and enforceable, with several exceptions. One exception is for “the employment contracts of ‘seamen, railroad employees, [and] any other class of workers engaged in foreign or interstate commerce.’”

More CALIFORNIA LABOR LAW News
Once the court had determined that AmFlex workers were engaged in interstate commerce, it followed that the FAA did not apply to them. The contract’s severability clause then worked to strip the arbitration provisions from the agreement completely. The Ninth Circuit concluded that the arbitration clause and class-action waiver were nullities – words with no meaning or effect. The plaintiffs can now have their dispute decided by a court of law.

Amazon will likely contest the Ninth Circuit’s determination that last mile delivery workers are engaged in interstate commerce. Whether Rittman or a similar makes it to the U.S. Supreme Court is anyone’s guess.

In the meantime, however, there is work to be done in reviewing the contracts of delivery businesses. The sweet spot for workers’ rights may be where interstate commerce intersects with local app-based delivery services and where the independent contractor agreement contains a severability clause.