Amazon has become the latest company to face a California labor lawsuit concerning on-demand workers. Much like other on-demand California employee lawsuits, a central question facing the courts is whether Amazon workers are employees or are independent contractors. Similar lawsuits have also been filed against Uber, Lyft and other on-demand companies including cleaning services. 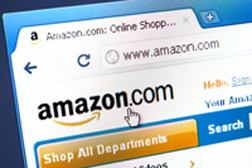 An important question facing California courts these days is whether or not workers are employees or independent contractors, especially when they provide on-demand services. Many companies classify on-demand workers as independent contractors, arguing that the workers prefer the flexibility of not having a set schedule. But workers argue that the classification isn’t accurate and deprives them of important labor rights.

According to The Wall Street Journal (10/27/15), Amazon is one such company facing a lawsuit. In this case, the lawsuit was filed by four couriers who provide services through Amazon’s one-hour delivery service, Amazon Prime Now. Amazon Prime Now reportedly offers delivery of goods within one hour for $7.99.

Couriers say when gas, maintenance and car insurance were factored in, they were paid less than minimum wage even though they were treated like employees by having to wear uniforms and work at specific times. Furthermore, the lawsuit alleges, couriers were sometimes scheduled to work six or seven days a week, were not forwarded tips that were paid with credit cards, and were told by Amazon which jobs they could accept. Finally, they say they were subject to discipline if deliveries were not made within specified time limits.

Speaking with the Los Angeles Times (10/29/15), one plaintiff said they were told when to take lunch and when they could leave work. The couriers were reportedly hired by a company called Scoobeez to work for Amazon.com’s Prime Now delivery service.

More CALIFORNIA LABOR LAW News
Uber, Lyft and other companies also face lawsuits alleging workers were misclassified as independent contractors when in reality they were employees. The workers allege they were denied minimum wage, overtime and other benefits typically offered to employees as a result of the misclassification. Courts examining the lawsuits take numerous factors into account, including how much control the company has over the worker’s duties. If the company exercises a great deal of control over how and when the worker fulfills his or her job duties - including setting schedules, setting routes and disciplining the worker - the courts are more likely to consider the worker an employee.

Amazon has reportedly not commented on the litigation.