Actor Kevin Spacey Seeks to toss an arbitration ruling that he pay over $30 million to MRC for alleged sexual assault with House of Cards crew, 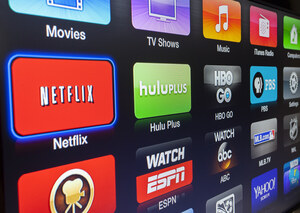 The complaint originated in late 2017. The producers of MRC suspended Spacey from the popular House of Cards Netfix series in the wake of numerous articles that were published—without naming accusers claiming sexual misconduct. Then a CNN article reported that eight people had come forward (albeit anonymously), calling Spacey a predator and his behavior “included nonconsensual touching and crude comments and targeted production staffers who were typically young and male”. MRC then terminated Spacey, claiming that he violated its harassment policy.


In January 2019 MRC brought the claims to arbitration on the grounds that it lost millions of dollars (specifically $29,527,586 for lost profits resulting from losing five episodes of Season 6). According to MRC’s court documents, Spacey filed cross-claims one month later, claiming that the production company breached its contract when it declined to pay him further. After more than 20 depositions heard over eight days, "the arbitrator found that Spacey — as a result of certain conduct in connection with several crew members in each of the five seasons that he starred in and executive produced House of Cards — had repeatedly breached his contractual obligations to provide his services 'in a professional manner' and 'consistent with [MRC's] reasonable directions, practices, and policies,' including MRC's Harassment Policy — all without the knowledge of MRC…The arbitrator further found that Spacey's egregious breaches of contract proximately caused and rendered him (and his affiliated entities) liable for the tens of millions of dollars in losses MRC suffered when it had no choice, upon the revelations of Spacey's pattern of harassment, to halt the production of Season 6 of the show, to rewrite the entire season to omit Spacey's character, and to shorten Season 6 from 13 to 8 episodes to meet delivery deadlines.

More CALIFORNIA LABOR LAW News
A raft of allegations against Spacey include a criminal prosecution for the alleged sexual assault of the 18-year-old son of former Boston TV anchor Heather Unruh, but those charges were dropped in July 2019. Actor Anthony Rapp claimed Spacey made a sexual advance when he was only 14 years old—during a party in 1986. And the Associated Press reported that “Independent investigations found widespread sexual harassment of those who worked under him,” including an indecent assault and battery charge when Spacey allegedly groped an 18-year-old man at a Nantucket resort but the charge was dismissed by Massachusetts prosecutors in 2019. Another charge was dismissed that same year by a federal court in Los Angeles in which Spacey was accused of groping a massage therapist. The case was tossed because the plaintiff died.

Spacey has denied all allegations and accuses Rapp of fabricating the story to be a part of the #MeToo movement.