Brenda Cain worked the nightshift at a bank for eight years. For the first five years she and her co-workers didn't get a lunch break—ever. "We could have breaks, long enough to smoke a cigarette but then we had to get back to our desks because they had deadlines to meet," says Cain (not her real name). It is unbelievable that the bank didn't know they were violating the California labor law.

After five years working without a lunch break, a new HR supervisor was hired. "She told us that we had to take a lunch break after six hours, so one year ago, we started getting an extra half-hour—it came as a surprise that they actually let us take so much time off," Cain adds.

"I didn't mind not getting lunch and getting paid but there were times with different supervisors that we didn't get lunch but we still had to deduct 30 minutes off our time at the end of the day. You just do what you are told, if you want to keep your job. 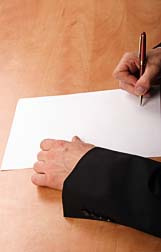 Even now, talking to you, I am afraid of losing my job. When I worked for another company, we were given a second lunch break at the 12th hour. I asked my supervisor why this doesn't apply to us.

'That was very nice of the company,' she said.

'It wasn't anything to do with nice, it was the law,' I replied. Then I didn't say anymore. I just wanted to make them aware—but now I don't even know for sure. They say it is the law that we don't get another break, but I thought, after the 8th hour, you got another 15 minutes."

Cain is correct; she is entitled to another 15 minute break. Cain says that they often work 17 or even 18 hours with only two breaks every four hours. For instance, her shift starts at midnight. The first break is two hours later, at 2am. Lunch is at 4am and they take a second break at 6am. Then they might get another short break but never another lunch: they don't go home until the work is done, hence the 18 hour days.

How can they keep working in such an environment? "I enjoy the work so I close my eyes and put up with this, but I want to be treated fairly and be given breaks at the right time," says Cain. "My co-workers aren't happy with it either but at our last monthly business meeting, our supervisor told us that the bank was abiding by the law. Everyone is scared to say anything...

"I'll get around to calling the labor board and ideally, get some legal help on this issue—I just want to know what my rights are. I hope the labor board or a lawyer will send them a letter. I just don't want it to come from me—they are firing a lot of good people.

More News
Here is the second issue: Once you get a bit of seniority and earn more money, they will find a way to replace you, even replace you with two other new employees for minimum wage. I make almost twice the hourly wage ($18) that a new employee would start at. The turnover is unbelievable but that is another issue...

Third issue: I'm old enough (58) that if I lost my job I would be alright--I had cancer last year and look at things differently now. The supervisor at my bank tried to fill my position with someone else while I was taking chemotherapy. I took six months off and luckily, they didn't find anyone to take my place. They sent me letters saying they would try to fill my position—they posted my job after I was gone for 12 weeks. That didn't make me feel too loyal to the company. I never missed time off, never had any write-ups. But the time I needed them the most, they weren't there for me."