California Labor Law - Nobody should have to go through this

It was Kaeley C.'s love of cooking that first drew her to a manager's job at Williams-Sonoma. But her experience working exhausting hours without breaks left her with a bad taste in her mouth. She knew California labor laws about overtime were on her side, even if her employer wasn't. "I felt abused," she said of her long hours. Managers were scheduled for either an 8-to-5 shift or a 1-to-10 shift and often, she said, only one manager was on duty at a time. That meant the early manager couldn't take a meal break until sometime close to 2 p.m.

"I know the law requires a break before the end of the fifth hour worked," she said. "I didn't get a break until well into the sixth hour of work because they didn't want to pay for more management."

She said she was afraid to talk to the District Manager as that person had a way of scaring her. 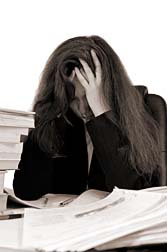 "She was a little bit intimidating," she said. "When I quit, she kind of turned on me in a way I've never seen her before."

Kaeley gave two weeks notice and, with a bunch of sick leave and vacation leave accumulated, she told her General Manager she needed two days off as she was exhausted. Although the Manager approved, the District Manager called her at home on the second day and accused her of having no intention of coming back to finish her two weeks.

"It was extraordinarily inappropriate," said Kaeley. "She really didn't care how she left things with me. I gave my heart and soul to that company for the year I was there and there was no reason for her to assume I would high tail it out of there. I certainly had plenty of sick time and could have said I am taking the full two weeks but I have more moral fortitude than that but she didn't see it. I felt abused and betrayed."

Kaeley loved the store and felt she was almost part of the family with her co-workers, but the General Manager and District Manager made her life difficult. It was a strain to Kaeley and especially to her marriage.

"I was miserable. It was my first year of marriage. I almost lost my husband. He was just about at his wit's end. He said it's me or the job; he couldn't do the schedule anymore."

On a typical day, Kaeley would come home and be asleep on the couch by 5:30. She had no desire to do anything at all around the house and her husband had noticed.

"I stopped cooking. It was one of my passions. I neglected my puppy and my husband."

While she didn't become physically ill, she said she knew of other managers who became quite sick, one even losing a dangerous amount of weight.

More News
As a sole manager on duty, Kaeley said she wasn't allowed to leave the store and had to steal a moment here and there just to complete paperwork or place orders.

"I was absolutely exhausted. It was grueling," she said. Often, her schedule—which was always reviewed and approved by the District Manager—forced her to work seven, eight or nine days in a row without a break. The stress to sell was atrocious.

She said the irony of the situation was that her employer had a slogan that they put people first, something she claims they never did.

"For the company to claim to be so dedicated to their people was so hypocritical. I wanted to make it right," she said. "I felt abused. For a company that claimed to put people first, they looked at the bottom line more than the well-being of employees."

"I feel bad for anybody to go through this," she said. "It's just not right."