7-Eleven Franchisees told a California judge they have been misclassified as independent contractors and are “glorified managers” rather than business owners.

Who is minding the store? 7-Eleven franchisees say they aren’t; they claim that Seven-Eleven, Inc. is in complete control and treats them like “glorified managers” rather than business owners. The franchise owners say they have been misclassified as independent contractors rather than employees. At the heart of this matter is the AB5 law. 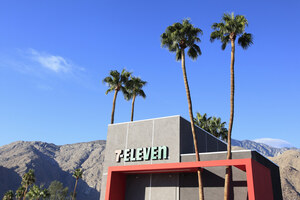 The four franchise owners allege the 7-Eleven corporation violated its agreements by controlling and "micromanaging" them to the extent that they are employees of the company and therefore owned “millions of dollars,” reported Law360. Specifically, $11,748,000 in expenses and fees they incurred while operating the stores.

However, Seven-Eleven’s defense attorney told U.S. District Judge Dale S. Fischer that the franchisees were free to work when they wanted while making "a lot of money," and some 7-Eleven owners made millions over years of renewed agreements with the franchise.


Back in 2017 franchise owners Serge Haitayan, Jaspreet Dhillon, Robert Elkins and Maninder "Paul" Lobana filed a misclassification lawsuit against 7-Eleven on behalf of a potential class of 1,000 franchisees in California, arguing their franchise agreements left them with limited control over their operations.

In 2018, a U.S. District Court Judge ruled that the franchisees had not shown that 7-Eleven had enough control over their wages and hours, hiring practices and other working conditions, and so their status as independent contractors was correct under California law and the Fair Labor Standards Act.

Two years later, Judge Fisher ruled that the franchisees' misclassification claims fall under the Borello test, a California employment test that was replaced under California Assembly Bill 5, or, AB5 with the ABC test—it determines whether a worker is an employee or an independent contractor in California.

In a press release, 7-Eleven, Inc. claims that its franchisees should not be covered by AB5 and is attempting to persuade state legislators to grant a carve-out for franchising in the AB5 law. In an email to all California franchisees, SEI’s chief franchising officer Greg Frank wrote, “We are pursuing legislative changes to make clear that AB5 does not apply to franchising.”


Under the ABC test, a worker is an employee unless a company can show that the individual operates without its supervision, performs works outside its usual line of business, and functions as an independent venture.

The Borello test emphasized an employer's control over workers and involved about 12 factors. The plaintiffs’ attorney said they “respectfully disagree with that [Judge Fisher’s] ruling and preserve their rights on that and argue that the ABC test should apply."

Plaintiff Jaspreet Dhillon, also treasurer of the National Coalition of Associations of 7-Eleven Franchisees representing the interests of more than 4,000 U.S. franchises, told the IndiaWest Newspaper that the company “is trying to get an exemption for franchising in California from AB5 instead of changing the structure of their agreement to satisfy the ABC test and therefore AB5. AB5 will force SEI [Seven-Eleven Inc.] to change the status quo by either accepting us as employees and its legal consequences or change the structure of its agreement to satisfy AB5.”

Plaintiffs claim, among other things, that:

More CALIFORNIA LABOR LAW News
According to Dhillon, SEI controls the finances of every store and requires franchisees to deposit receipts from store operations daily – even over weekends – into a bank account owned by SEI, and failure to do so is considered a “breach of contract”.  And deposits have to be made during the pandemic.

There are currently three potential class action misclassification lawsuits by franchisees, claiming that they are employees rather than independent business owners/independent contractors as specified in their agreement/contract. “The lawsuits are in Massachusetts, California and Illinois,” Dhillon told IndiaWest.