A Cautionary Tale for Workers on Commission

The District Court for the Central District of California has approved an agreement under which Trunk Club, Inc., a Nordstrom-owned personal styling service, will pay $1.75 million to settle a class action California unpaid wages lawsuit. The settlement amount will be divided among 3,000 stylists located throughout the country. 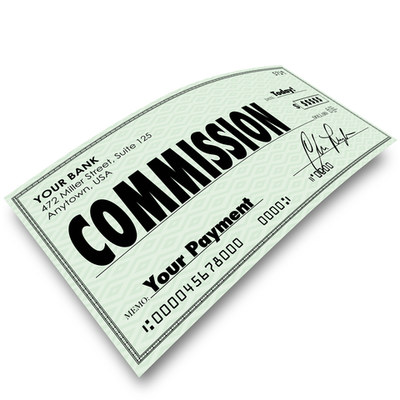 Unpaid Work under a Complicated “Draw against Commission” Scheme


What distinguishes Rowser v. Trunk Club from many other donning and doffing lawsuits, is that the stylists were paid on a draw system. They were credited with commission pay and drew on that sum rather than earning an annual salary or an hourly wage.

Under a “draw against commission” plan, an employee is advanced a specific amount of money, known as a "pre-determined draw" at the beginning of each pay period. The draw is then deducted from the commission at the end of the pay period.

Trunk Club stylists were pressured to do considerable off-the-clock work, including:

The time spent doing this work was never factored into their “draw against commission” accounts. Since it was never counted, it was never paid for. It was free work.

The settlement agreement admits no fault and establishes no precedent with regard to Trunk Club’s compensation practices. The lawsuit shines a light, however, on the vulnerability of salespeople to wage underpayment, particularly those who earn all or some of their compensation as commission.

Some Comfort; Some Risk


Salespeople and sales representatives whose compensation is based at least partly on commission may face serious cash flow problems. One remedy is for an employer to offer bi-weekly or monthly payments, known as a draw. This can work to the salesperson’s benefit or detriment.

In a “draw” situation, as Rowser makes clear, undercounting hours is a serious risk. In addition, sales workers can find themselves indebted to employers for periods of time during which they fail to hit sales targets. In Bowman v. Builder’s Cabinet Supply, for example, a salesperson’s draw agreement provided that if her sales fell below a goal of $ 42,000 per month, she would become indebted to the company for the deficiency.

When she fell behind, the company began deducting from her draw and ultimately stopped paying her completely, despite that she continued to make sales. The Federal District Court in Kentucky upheld the agreement. It ruled in the employer’s favor and left the salesperson to work off a debt.

Minimum wage and overtime disputes often depend on whether a worker is understood to be an “inside” sales person protected under state and federal statutes or an “outside” salesperson, treated very like an independent contractor. Outside sales people have very few protections outside their service contracts. It is very difficult to make an underpayment claim.


When individualized compensation agreements were the exclusive purview of highly compensated employees, they were more likely to be carefully reviewed by independent counsel. Increasingly, however, these kinds of contracts are being used to limit the rights of lower-paid workers, who are far less likely to have legal assistance.

Not so now. In 2017, Trunk Club was sued by a former employee who complained that it made even entry-level workers sign highly restrictive non-compete agreements. This made it difficult for these workers to change jobs if that meant working for another retail, clothing or fashion business at low wages.

Sandwich makers at Jimmy John’s who were required to sign non-compete agreements were caught up in a similarly restrictive situation. In either case, it is hard to credit that the issue is trade secrets about shirt folding or mayonnaise application. Might it be about worker intimidation?

Non-compete agreements are different than draw against commission compensation agreements, but what they have in common is an attempt to restrict, by contract, certain employee protections otherwise guaranteed by law.


It is important for any worker who works under a commission agreement to understand the details of the arrangement. Beyond “draw against commission,” there are several varieties:

Straight commission – An employee earns a percentage of each sale, but there are no guarantees. Income is not a product of time worked.

More CALIFORNIA UNPAID WAGES News
Variable commission – There is similarly no guarantee, but the rate of the commission may go up after sales goals have been met.

Residual commission – As long as an account generates revenue for the employer, the employee will continue to receive commission on that account every pay period. The risk is that the loss of an account, over which the worker may have no control, can seriously depress income.

In any of these situations, it is essential for an employee to understand the formula under which his or her compensation is calculated and to police those calculations to ensure that they are correct. As employers appreciate that workers are becoming more proactive in protecting their rights, lawsuits under federal and California labor laws may become less necessary. That, however, is a long-horizon goal.