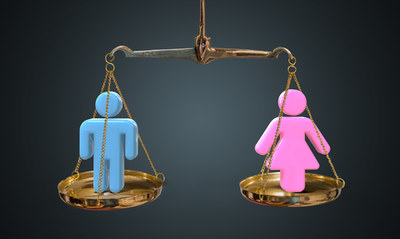 But what may be most important about the lawsuit is the pervasiveness and typicality of the illegal behavior described in the Complaint.

• how wage history perpetrates discrimination;
• how employer policies that discourage employees from talking about salary prevent them from learning that they have been the victims of discrimination prohibited under California’s Equal Pay Act; and
• how secret wage classification and promotion systems make meaningful reform easy to avoid.

The Ugly Facts about Pay Discrimination

Ms. Rogus joined H-P in 2013 and, after the company’s reorganization, went to work for HPE as an Implementation Project Manager. Following the death of her Project Manager, she was asked to take on those increased duties. She understood that her title and compensation would be adjusted to reflect her new responsibilities. However, she received only a 2 percent performance-based raise. Her title was never changed, nor was she ever paid what her male Project Manager had been paid.

These are not isolated facts. In this California unpaid wages lawsuit, HPE is accused of systematically paying its female employees less than similarly situated males and failing to advance them at the same rate as male employees performing similar work. These practices allegedly exist throughout California and are possible because of preexisting practices.


Since January 1, 2018, California employers have been prohibited from asking job applicants about salary history or using that information to determine what salary to offer a new employee. The goal is to short-circuit the continuing effects of past salary discrimination.

The law does not address the situation of workers hired before that date, however, or current employees seeking internal promotions. As currently drafted, it may not really help long-term workers who have made a career with a single employer. The Complaint alleges that long-term employees of HPE tend to remain at a the lower-paid job level 1 or 2, in contrast to new hires who start at or quickly rise to a better paid level 3.

Raises at HPE perpetuate and widen the gender pay gap because they are based on a percentage of the employees’ existing HPE salary. The longer a woman works at HPE, the less she is paid compared to similarly situated men, even men performing substantially equal or similar work in the same job. This is a place where the ill effects of gender discrimination combine with the ill effects of age discrimination to leave long-term female employees at a double disadvantage.


It remains a common practice, especially in the tech industry for employers to discourage employees from discussing salary with their co-workers.

HPE’s website reportedly advises employees, “Don’t compare yourselves to your co-workers. Your compensation should be about you and your performance. By talking about your co-workers, you detract from that point. Don't start the discussion by telling your boss “I know Gary makes X more dollars than me.”

Policies that require silence about pay have been prohibited by the National Labor Relations Act in most industries since 1935.

Many employees are likely unaware of their rights or fearful of the consequences of being labeled a “troublemaker,” but the consequences of a culture of pay secrecy are far reaching. Employees cannot enforce their rights if they are unaware that they have been the victims of illegal policies. Many will remember that Lily Ledbetter, for whom the Lilly Ledbetter Fair Pay Act of 2009 was named, was precluded from pursuing a remedy for pay discrimination through the court system, because the statute of limitations had elapsed. Finally, workers cannot organize collectively around pay issues if they cannot share information without fear of retaliation.


If workers are prevented from acting because they are reluctant to share information among themselves, they are doubly harmed by opaque employer pay scales.

More CALIFORNIA UNPAID WAGES News
HPE has common, companywide policies and practices for setting compensation that applied to all HPE employees in California, male and female. These policies and practices, however facially uniform, do not result in equal pay for women and men for two reasons: the range of salaries paid for a particular job level is very wide and each job level may contain many more specific salary bands.

HPE does not publicly disclose its pay-grade or job level structure. But women predominate in less-well paid jobs. Even within the better-paid job classifications, they allegedly tend to find themselves in the lower salary bands.

Women who work for HPE in California are far from alone in suffering the effects of gender-based pay discrimination. But until legal enforcement mechanisms take on the underlying practices that make it possible, the best solution may be litigation.

Posted by
Male Matters USA
on January 8, 2019
Many of America's most sophisticated women choose to earn less than their male counterparts:

"Female physicians worked about 5 hours fewer per week than their male counterparts through age 54...." https://www.aamc.org/download/426242/data/ihsreportdownload.pdf?cm_mmc=AAMC-_-ScientificAffairs-_-PDF-_-ihsreport

"Hanson noted that 34 percent of women pursuing graduate degrees are in an education field, where the median salary is less than $70,000, while that field attracts only 13 percent of men in grad school. By contrast, men are over-represented in fields like internet technology and business, where median earnings are over $100,000." http://www.nasdaq.com/article/grad-school-can-be-worth-it-if-you-pick-wisely-20180110-01206

"...[O]nly 35 percent of women who have earned MBAs after getting a bachelor’s degree from a top school are working full time." It "is not surprising that women are not showing up more often in corporations’ top ranks." http://malemattersusa.wordpress.com/2014/04/25/why-women-are-leaving-the-workforce-in-record-numbers/

"A study of students graduating from Carnegie Mellon found that 57% of males negotiated for a higher starting salary than had been offered, compared to just 7% of females. As a result, starting salaries of men were 7.6% (almost $4,000) higher than those of women." http://www.huffingtonpost.com/maximilian-martinez/important-considerations--in-assessing-the-gender-wage-gap-in-medicine_b_6566762.html

Men help create the gender wage gap by choosing jobs that pay enough to support themselves, a wife, and children.

See other reasons the wage gap hasn't closed after thousands of measures over many decades: