When an employee brings a lawsuit alleging that they were not paid for all the time that they were lawfully owed under federal law, employers will frequently raise something called the de minimis doctrine in defense. This doctrine holds that working time that is trivially small, for instance a few seconds or minutes beyond working hours, may be disregarded (and unpaid). Recently, in Troester v. Starbucks, Starbucks attempted to raise this defense to claims brought under California state law, and the California Supreme Court rejected it—finding that a Starbucks shift supervisor should have been paid for work performed before and after clocking out for the day. Now, Plaintiffs in another California unpaid wages lawsuit, Ser Lao v. H & M, have filed a notice of “new authority” to support their claim, citing the Troester decision. The Troester decision could open doors for many similar lawsuits. 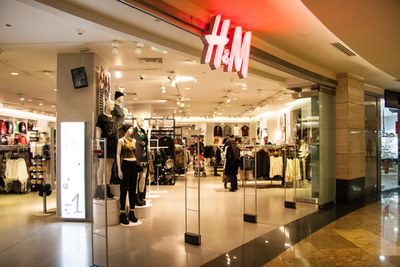 The July 26, 2018 filing by the H & M Plaintiffs came just hours after the Supreme Court’s decision in Troester. This is one of the first signs that the decision will be used to enforce the rights of workers who have been denied de minimis pay in the state of California.


The H & M Plaintiffs moved for class certification back in May of 2018. They sought certification for all current and former non-exempt H & M retail employees who worked for the company between December 2011 and 2018. They claimed that under California law, employees must be paid for all hours spent under control of the employer, among other things. Specifically, they argued that H & M had a mandatory, off-the-clock security check policy that violated workers rights by forcing them to perform mandatory job related tasks off the clock.

In their motion for class certification, the H & M Plaintiffs argued that the de minimis defense was not an impediment to class certification. They noted that the California Supreme Court had certified the question of whether the de minimis doctrine applied to California Labor Code claims. Then, hours after Troester was decided, Plaintiffs filed notice of new authority citing the Troester decision. Because Troester and H & M both alleged violations of the California Labor Code, it follows that the Troester decision could bolster the Plaintiff’s chances of prevailing on some of their claims in the H & M lawsuit. It also opens the doors for additional California unpaid wages lawsuits to be filed, that might not have had traction before Troester was decided.


“Donning and doffing” refers to the time employees spend donning (putting on) and doffing (taking off) mandatory clothing and accessories or safety gear before and after their shifts, and on meal and rest breaks. It is unclear under current State laws whether donning and doffing is an activity that necessarily must be paid employment time. It is a fact specific inquiry that courts must perform in making such a determination.

Under the federal Fair Labor Standards Act (FLSA), employers frequently raise the de minimis defense to donning and doffing claims. Now, after Troester, employers will no longer have this defense in their arsenal for claims filed under the state Labor Code.

More CALIFORNIA UNPAID WAGES News
The H & M Plaintiffs alleged that they were required to undergo security checks after clocking out, but before leaving the store at the end of their shift or for break time. All employees must participate in this security screening, they allege, and the time is conducted off-the-clock. In light of the clear verdict in Troester, it is unclear what viable defense H & M still has to the allegations in the claim for relief. It would seem that the case may be ripe for some type of settlement agreement, at least on some of the Plaintiffs’ claims. Employees who have been denied lawfully earned wages or overtime pay should seek California unpaid wages legal help from an experienced attorney.