Ex-waiter Ian McCray worked for the San Jose Marriott from May of 2012 to August of 2015. He claims that during that time, Marriott Hotel Services did not pay him the minimum wage required by the city’s municipal wage ordinance. The ordinance appears to provide for a waiver of the minimum wage requirement if employees agree to those terms in a Collective Bargaining Agreement (CBA). Because McCray’s employment with the Marriott was governed by a CBA that waived the minimum wage ordinance, the hotel claimed that it didn’t need to comply with San Jose’s minimum wage laws. The court dismissed McCray’s California unpaid wages lawsuit back in March of 2017, and now the appellate court is reviewing that ruling. 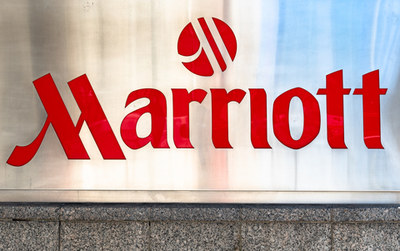 
McCray was part of a labor union for hotel workers called Unite Here Local 19. Unite Here ended up filing an amicus brief in the pending appeal, arguing that employers and employees could, in fact, negotiate to opt-out of the local San Jose wage ordinance. And the ability to opt out, they argued, is not just limited to San Jose—unions have the option to waive local minimum-wage ordinances throughout California. According to the union, this ability is part of a historical tradition, and nothing new, not only in California but across the United States. So, why would a union argue for the option to negotiate lower wages than those required by law? Unite Here says that these opt outs often give unions leverage to negotiate better compensation when factored in with benefits like paid vacation and sick time, health insurance, and pension benefits. In response to McCray’s February 2016 complaint that is currently on appeal, Marriott made similar arguments, claiming that wait staff received valuable benefits in exchange for their low hourly wage—like paid vacation time, paid sick leave, paid holidays, pension contributions, paid health benefits, and maternity leave.

McCray’s Case Kicked Out of Court


The Federal District Court for the Northern District of California kicked McCray v. Marriott Hotel Services out of court March of 2017 because McCray failed to exhaust his administrative remedies.The court ruled that McCray needed to at least attempt to exhaust the grievance procedures that were outlined in his CBA before bringing the case into federal court. Although oddly, McCray’s own union sided against him in an amicus brief that mirrored defendant Marriott’s arguments, the court found that McCray did not meet his burden of proving that Unite Here was acting in such a discriminatory manner, or in such bad faith in its representation of him to warrant sidestepping the mandatory grievance procedures outlined in McCray’s CBA. Unless an employee can make such a showing, those remedies must first be exhausted before appealing his unpaid wages lawsuit to the federal court system.


The local wage ordinance at issue in McCray only allows unions to waive the ordinance “to the extent required by federal law.” In other words, a union cannot enter into a contract with an employer that violates federal law. The McCray Court is not the only California court that has been wrestling with the interplay between local, state, and federal labor laws.

More CALIFORNIA UNPAID WAGES News
In other California unpaid wages lawsuit news, the California Supreme Court has been trying to square a common federal Donning and Doffing lawsuit defense strategy with seemingly conflicting state law. Employers often raise the de minimis defense when an employee argues that they should be paid for time spent donning and doffing garments for work. In other words, they argue that the time is too short to be counted for purposes of overtime pay. This is a common defense in federal court, where litigants argue that there has been a violation of the Fair Labor Standards Act (FLSA). The California Supreme Court is currently considering how this squares with state law requiring employees to be paid, including overtime, for all time that they work.

In several other high profile cases currently pending in California courts, the practice of not paying employees for time spent getting their bags checked when leaving their shifts for the day has come under scrutiny.