The California Court of Appeal held that persons responsible for overtime and/or minimum wage violations can be held personally liable for civil penalties.

Can an individual be held liable for alleged California wage law violations? 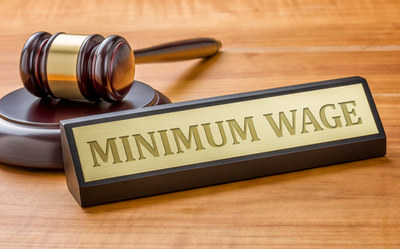 Yes, according to the California Court of Appeal, which holds that they can be held personally liable for civil penalties, regardless of whether they were the employer or if the employer is a limited liability entity.

Further, the Court concluded that private plaintiffs may pursue and collect these penalties for “aggrieved employees” on behalf of the state of California through the Private Attorneys’ General Act (“PAGA”), which permits an "aggrieved employee" to step into the shoes of the Labor Commissioner and recover civil penalties and attorneys' fees against those who violate the Labor Code.


Plaintiffs Marco Antonio Atempa and Keilyn Reyes were first hired as dishwashers at Via Italia; Atempa was hired in 2008 and became a cook and Reyes was hired in 2011. They filed eight wage-hour claims against their employer (Pama, Inc.) and its owner, Paolo Pedrazzani, for the following:

In addition, Plaintiffs alleged an eighth cause of action against both Pama and Pedrazzani for civil penalties under PAGA.

In Atempa v. Pedrazzani, the California Court of Appeal held that an individual (i.e. an owner, director, officer, or agent of a corporate employer) can be held personally liable for civil penalties and attorneys' fees under the PAGA resulting from the employer's failure to pay minimum wage and overtime.

Following a judgment in favor of the employees that Pedrazzani and Pama were jointly and severally liable for the civil penalties, Pedrazzani appealed and Pama filed for bankruptcy.

More CALIFORNIA UNPAID WAGES News
The Court of Appeal held that Pedrazzani was personally liable for the civil penalties because “the Legislature has decided that both the employer and any ‘other person’ who causes a violation of the overtime pay or minimum wage laws are subject to specified civil penalties”.


Under Pedrazzani, an employer’s failure to pay overtime or minimum wages subjects not only the corporation to costly liability for statutory overtime pay and minimum wage violations, but also the corporation’s individual owners, officers, and agents, according to theemployerrepport.com. Such individuals may be held personally liable regardless of the identity or business structure of the employer. Equitable considerations are also irrelevant under Pedrazzani. Individual owners, officers, or agents--from small, locally-owned businesses to large corporations-- alleged to have violated overtime pay and minimum wage laws, may have to pay the debt with their personal assets.