The California Supreme Court has adopted one of the strictest tests in the country for classifying workers as independent contractors, making it harder for employers to avoid compliance with overtime, minimum wage, work hours, and meal/rest break laws.

A groundbreaking decision has been issued in Dynamex v. Superior Court of Los Angeles County. The Court adopted a three-part test that applies to any alleged misclassification under a California Industrial Welfare Commission (IWC) wage order. The IWC regulates wages, hours, and working conditions, and requires “employees” to be paid minimum wage, receive meal and rest breaks, and overtime pay. Now that the highest court in the state has ruled on this issue, there is a rebuttable presumption that all workers are “employees” and must be paid overtime accordingly. Workers who have been misclassified may now be more likely to prevail in a California unpaid wages lawsuit. 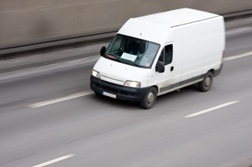 
Dynamex is a national same-day package and document delivery service that operates in California, and has delivered packages for Amazon. A former driver alleged that he had been wrongfully classified as an independent contractor in violation of IWC Wage Order No. 9, which governs the transportation sector, and like wage orders governing other industries, requires employers to pay for overtime. In a bid to save money in 2004, Dynamex reclassified its employees as independent contractors. Their duties did not change pursuant to the reclassification. The Dynamex workers’ complaint contained multiple causes of action stemming from the wage order, including alleged failure to pay overtime wages, failure to provide accurate wage statements, and other statutory causes of action—such as the failure to reimburse employees for fuel and toll costs.


The Court ruled against Dynamex, holding that employers must presume workers are employees (and pay them accordingly), unless the following criteria are met (the so-called ”ABC test”):

B) That the workers performs work that is outside the usual course of the hiring entity’s business; and

C) That the worker is customarily engaged in an independent established trade, occupation, or business of the same nature as the work performed for the hiring entity.

The court chose this test in favor of the one suggested by Dynamex’s legal team, because it purportedly provides “greater clarity and consistency” for the public. However, it still is not clear exactly how this test will be applied. Fortunately, the Court gave a few examples.

If a retail establishment hired a plumber to fix a leak, the plumber would probably not be classified as an employee entitled to overtime because they are performing work outside the usual course of the retailer’s business. But if an employer outsources the work they do routinely, for example, if a clothing manufacturer hires work-at-home seamstresses, or a bakery hires at-home bakers to design custom cakes on a regular basis, these workers would likely be classified as employees, because they are part of the employer’s usual business operations.


The Dynamex decision is undeniably groundbreaking, and the extent of its reach is still uncharted terrain. Although it only applies to alleged misclassifications under California wage orders, it is unclear whether employers will use the same test for payroll taxes, unemployment, business expense reimbursement, etc., in order to remain consistent.

However, it does appear that misclassified independent contractors could bring a donning and doffing lawsuit under the new test. Because certain IWC wage orders require thirty-minute meal breaks, where employees must be ”relieved of all duty” during that time, requiring employees to don, doff, or clean protective equipment during that time could be deemed a wage order violation.

More CALIFORNIA UNPAID WAGES News
Not only does misclassification of independent contractors allow employers to avoid having to pay overtime, it has other serious social consequences that Dynamex could remedy. For example, according to the California Labor Commissioner, misclassification of workers as independent contractors costs the state $7 billion a year in lost payroll taxes. And according to an April 2018 study by the American Academy of Sleep Medicine (AASM), dangerous drowsy driving is an inherent risk in the ride-sharing industry. This is because these gig economy drivers must work inhumanely long hours to make up for the inability to earn overtime. Although the two large ridesharing companies, Uber and Lyft, have recently adopted policies to somewhat curb this issue, drivers can still earn money for 12 straight hours of driving time.

If you suspect that your employer may be taking advantage of the current gig economy by misclassifying you as an independent contractor, you may want to contact an experienced employment attorney regarding possible unpaid wages. Under the recent decision in Dynamex, workers are presumed to be employees entitled to overtime pay unless an employer can establish otherwise.

Posted by
Laser Haas
on June 10, 2018
Fantastic, this past Saturday (June 2nd, 2018) we ET with the Teamsters and Senator Bernie Sanders, on this very issue of misclassification.

The IRS standard for CV classifying as "independent" is similar to the one established in this case; but the Treasuryvwas avoiding the issue.